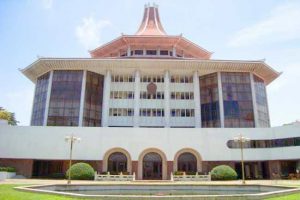 The petition requests the court to issue an interim injunction order preventing his arrest.

The AG had earlier instructed the Director of the Colombo Crime Division (CCD) to obtain a warrant and arrest interdicted Judge Pilapitiya and produce him before court.

The AG directed the CCD to arrest Pilapitiya for conspiring to fabricate false evidence along with MP Ranjan Ramanayake.

However, Wikramarathne had instead appointed a five-member committee to study the instructions issued by the AG.

July 31, 2020 byTSM Web Desk No Comments
Nearly 10,000 Sri Lankans working in the Middle East and other countries have lost their jobs, according to Sri Lanka Bureau of Foreign Employment Deputy General Manager and Spokesperson Mangala Rande

September 8, 2018 byThe Sunday Morning No Comments
An investigation has been launched into Anchor butter packets for violating the National Language Policy.