JVP candidate at next presidential polls 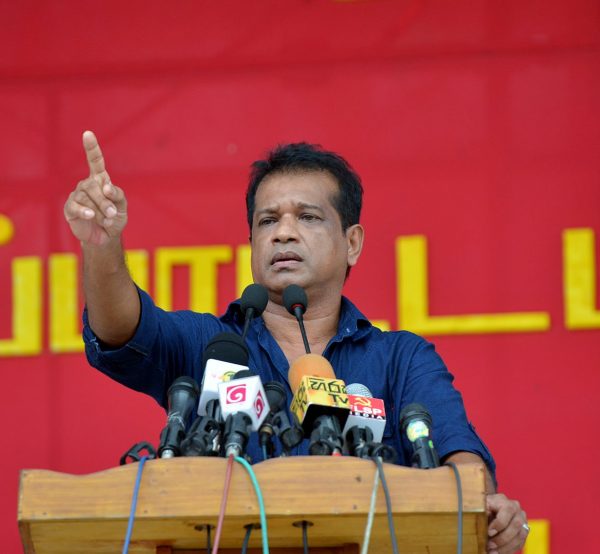 The Janatha Vimukthi Peramuna (JVP) has decided to put forward its own candidate at the presidential election.

JVP Politburo member K.D. Lalkantha says the JVP will not back the concept of a common candidate and will instead put forward its candidate at the next election.

“We will put forward our own candidate who will work on a people-centric agenda and provide an alternative to the existing system,” Lalkantha told The Morning.

“Regardless of the votes that we poll, we will give priority to building a unique identity and promote a new line of thinking to the people left without any alternatives under the present system,” Lalkantha added.

June 8, 2020 byTSM Web Desk No Comments
The Trade Union protest that took place at the UNP Headquarters ‘Sirikotha’ this morning was a set up by the Samagi Jana Balawegaya, General Secretary Akila Viraj Kariyawasam said.