The ranks were presented at an investiture ceremony at the East  Terminal of the Colombo Harbour. 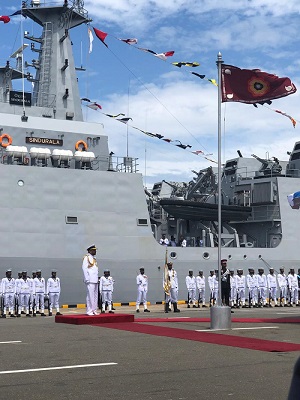