Karannagoda questioned by the CID again 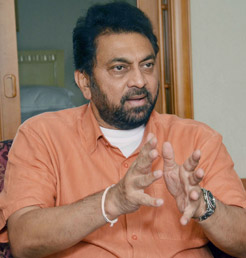 Former Navy Commander, Admiral Wasantha Karannagoda was questioned for over four hours by the Criminal Investigation Department (CID) today regarding the disappearance of 11 youth in Colombo.

This is the third time Karannagoda is appearing before the CID to make a statement on the case.

June 30, 2019 bythemorninglk No Comments
A cabinet paper is to be submitted to resolve the issue over Tamil political prisoners arrested under the draconian Prevention of Terrorism Act (PTA).

December 6, 2018 byEaswaran No Comments
A technical fault may have caused the detachment of the Yal Devi coaches this week, the railway Department said.