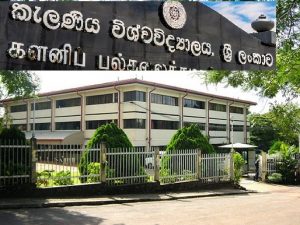 The Kelaniya University has suspended 25 students who have been allegedly involved in removing CCTV cameras in the premises of the university.

Sixteen university students including a monk were arrested by the Police yesterday (26) over the incident.

Out of the students arrested, 12 students were granted bail, and charges were filed against 4 students under the Public Properties Act for removing CCTV cameras.

The four students were ordered to be remanded until 3rd March by the Mahara Magistrate today (28).

The incident had taken place on the 24th of February.

March 3, 2019 bythemorninglk No Comments
The provincial council elections have been listed as the number one item on the agenda of the next Cabinet meeting, The Sunday Morning learnt.

June 10, 2019 byRandev No Comments
The traffic lane laws will be enforced in all main towns and cities across the island from today (10) onwards.