The five-member committee which was appointed to investigate the unpermitted demolition of the 13th Century building believed to be the King’s Court of King Buwanekabahu II in Kurunegala, handed over its interim report to Prime Minister Mahinda Rajapaksa today.

The committee was appointed by the Secretary to the Ministry of Buddha Sasana and Cultural Affairs last Friday.

Among the 5 proposals in interim report, the committee proposes legal action against those who demolished 13th Century building.

Earlier in the week, media reports indicated that the building in question was recognised as an archaeological site and that the Department of Archaeology had scheduled excavation and preservation work to commence on 16 July.

However, it was reported that on 15 July that the Road Development Authority (RDA) without seeking approval from the Department of Archaeology had demolished the building using a bulldozer. 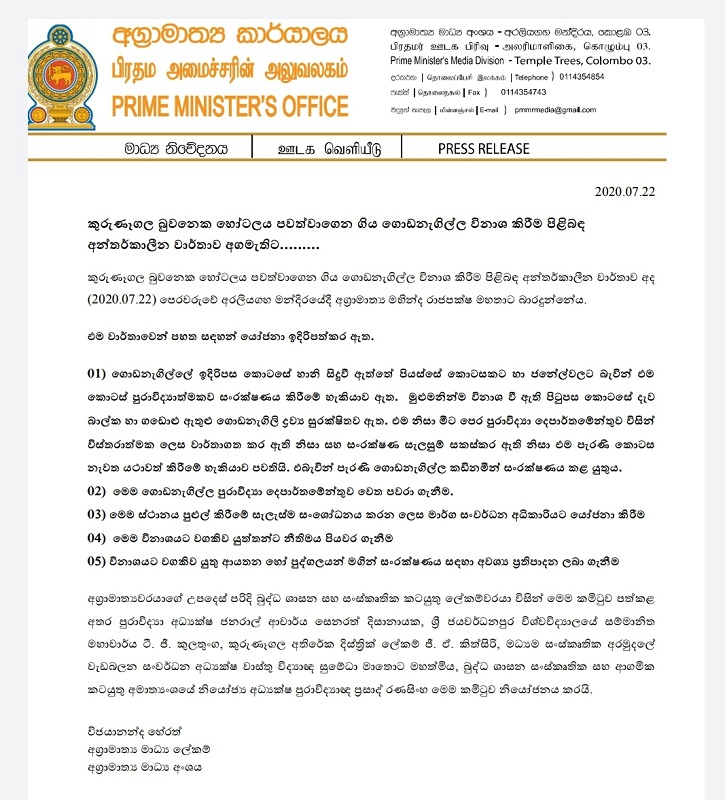 June 21, 2019 byRandev No Comments
Isura Devapriya who was the former Chief Minister of the Western Province has been appointed as the chairman of the Central Environment Authority a short while ago.

December 7, 2018 byEaswaran No Comments
The Supreme Court (SC) today concluded hearings into the petition filed on the dissolution of Parliament but a date was not fixed to deliver the judgement.