Kulasekara to retire from international cricket (updated with quotes) 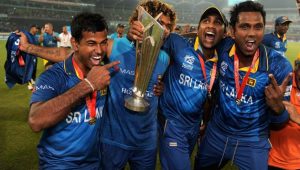 Former Sri Lanka fast-bowler Nuwan Kulasekara, 37, who is regarded the only Lankan to top the list of leading bowlers of the world, announced his retirement from international cricket on Wednesday, 24 July.

Speaking to the media at his club Colts CC in Colombo, inside a packed club boardroom, Kulasekara said he had not received a reply to his letter to Sri Lanka Cricket (SLC) which asked the cricket board’s permission to allow him to retire along with Lasith Malinga on Friday, 26 July at Khettarama when Sri Lanka will meet Bangladesh in the first match of their three-match ODI series.

“I’m ever happy playing cricket and happy in my retirement too. No heartaches whatsoever,” the unassuming hero said.

“It was Lasith who turned everyone’s attention on a send-off game for me. Then I made a written request from the board. It is unlikely that they allow me to retire, after playing a match. So, I decided to announce my retirement,” he added. “I request all of you to join Malinga’s last game on Friday. I’m also coming for that match,” he requested the media.

Meanwhile Sports Minister Harin Fernando said on Wednesday that Sri Lanka’s third match in the upcoming ODI series against Bangladesh next Wednesday, 31 July, will be dedicated to Kulasekara but has added it is unlikely the bowler will play in that match.

The lanky pacie who won many a heart of the local fans helping the country achieve many milestones in cricket, including the ICC T20 World Cup in 2014, emerged from Bandaranayake College, Gampaha.

‘Kule’ was born in Nittambuwa on 22 July 1982. He is known for his smooth action which helps him to hurl the ball at a lively pace, getting enough seam movement both ways, particularly in-swing, to trouble the batsman. He was known for his modest and calm nature as a fast bowler.

Kulasekara made a special mention to all who supported him during his career including the three village schools which he attended to and the officials of the Nugegoda SC, Galle CC, and Colts CC. He gave his regards to two coaches, Champaka Ramanayake and Anusha Samaranayake, for identifying his talents at early ages and guiding him on the right path. 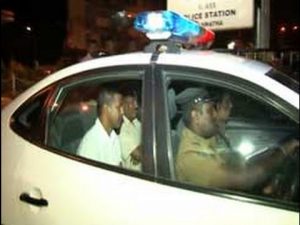 Kulasekara was arrested by police after a motorcyclist died in an accident involving his car, in 2016

He also represented Chennai Super Kings at the IPL, Sussex in English county season, and Comilla Victorians at the BPL before finally playing for KC Melbourne in the Australian inter-district tournament.

In September 2016 Kulasekara was arrested by Kadawatha police when a motorcyclist –who was unfortunately one of his schoolmates and a fan– died after his motorbike collided with the car Kulasekara was driving, passing the Kirillawala Junction. ‘Kule’ was later released on bail by Mahara Magistrate. Three months earlier Kulasekara had retired from Test cricket.

The high point in his career was becoming world’s leading bowler in 2009. He was the only Lankan to top that acclaimed ICC bowlers’ rankings ever.

Kulasekara, Sri Lanka’s 100th player to play Test cricket, began his education at Ranpokunagama Vidyalaya. He thanked all his school principals and teachers too, and his parents, Ajith and Nanda, his wife, and all the family members. 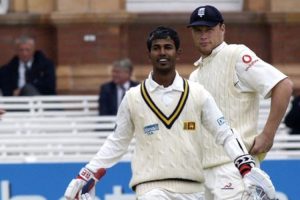 He was also know for his late-order cameos with the bat scoring over 1,300 ODI runs at 15.43, including four fifties.

His only Test-cricket fifty (64) came at Lord’s in 2006 when Sri Lanka, under Mahela Jayawardene, followed on chasing 359 to avoid an innings defeat. He considered this knock as one of his best. There he shared a valuable 105 runs with Chaminda Vaas (50 n.o.) for the ninth wicket in a total of 537/9 after Andrew Flintoff-led England made 551/6 declared in their first innings.

The soft-spoken bowler rated the 2014 T20 World Cup win as the most memorable moment in his career. He was the Vice Captain to Malinga in the final of that series where they beat India by six wickets.

December 11, 2018 byRevatha No Comments
Danushka Gunathilaka found form with a dominant display at the top of the order, while Angelo Mathews and Kusal Mendis were also among the runs