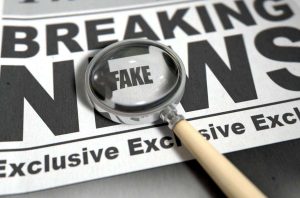 While the Government’s recent attempts to bring in anti-false news laws may have genuine intentions, the introduction of such legislation raises critical questions over free speech, abuse of power, and who exactly would decide the definition of “false” news.

The Cabinet of Ministers recently approved a proposal put forward by the Minister of Public Administration, Disaster Management, and Rural Economic Affairs and Acting Minister of Justice, Ranjith Madduma Bandara, to revise the Penal Code and Criminal Procedure Code to take legal actions against the propagation of false news.

The minutes of the Cabinet meeting published by the Department of Information states that Cabinet approval has been granted to amend the Penal Code and Criminal Procedure Code to take legal actions against false news which is harmful to society and creates discord between the various communities as well in national security.

The proposal states that the penalty for such an offence, if the legislation is enacted, would be a fine of no more than Rs. 1 million or an imprisonment of not more than five years, or the imposition of both punishments.

However, a draft of the legislation or what the new legislation would feature has not been announced or publicised. Centre for Policy Alternatives (CPA) Senior Researcher Bhavani Fonseka first questioned the timing of the Government’s attempts to bring in this new legation.

“We are not sure why they are trying to bring in this legislation now, especially with the political climate. Such legislation could have been brought in much earlier,” she said, noting that there were already similar laws such as the International Covenant on Civil and Political Rights (ICCPR) Act of 2007.

She went on to note that it was hard to determine the true objectives of the new law without seeing a draft.

“Our concern is about what they are trying to propose in this new piece of legislation. What can be considered false news is very subjective,” Fonseka said. Earlier, Singapore too passed a landmark law to tackle false news amidst heavy criticism on the legislation containing vague clauses or wording and having too broad a scope.

The Free Media Movement (FMM), while acknowledging that there were a host of issues at present in the local media industry, asserted that self-regulation was the way to go. FMM Convener Viranjana Herath, speaking to The Sunday Morning, said that the organisation staunchly advocated for the industry to self-regulate.

“The FMM understands that there is a serious problem at hand with regard to the media industry. We see many biased reports being published either in print or on electronic media. Apart from biased news, false news is also being reported. However, our organisation believes that self-regulation is the path to follow,” Herath said.

He said that current laws such as the ICCPR Act were in place, but implementation of such laws was poor.

“There is no point brining in new legislation if the ones in existence are not implemented properly. So, how can we know that the implementation of this new law would be carried out justly? That is another reason why self-regulation is key.”

He also noted that such a law could also be used to seriously curtail freedom of speech as well as media freedom.

“We do not know how the draft legislation will stipulate how false news would be identified and who would identify it. If this new law violates freedom of speech and media freedom, we are completely against it,” he said.

He went on to say that the FMM would be meeting with the Minister of Justice in order obtain an explanation on what the law would be.

“We will meet the Justice Minister this week and demand an explanation. Afterwards, we will discuss with media experts and veterans about the subject regarding the proposal,” Herath said.

He said that the media industry must work together and come to a consensus that false news can do harm and that ethical reporting must be followed.

Meanwhile, the South Asian Free Media Association (SAFMA) advocated for a middle line, where the media industry is regulated through a collaboration of the Government, civil society, and private sector.

“False news and other kinds of misinformation have become a serious problem with the expansion of the internet, which enables millions of individuals to easily spread false information and half-truths among the public through cheap technology. This has brought up a new need for controlling such large-scale, irresponsible public communication, which is a need that did not exist before the onset of the internet and digital media,” he said.

He further noted that already, in Sri Lanka as well as in other parts of the world, sudden large-scale social violence and fear were incited by this kind of false news and disinformation.

Gunasekara then asserted that a fresh and novel system must be introduced to regulate such proliferation of false news.

“The regulation of such dissemination of false information must be done through new systems in which the Government, civil society, and the private sector all collaborate in managing and regulating information,” he said.

He then pointed out that only “positive and healing” public communication could ultimately counter such dangerous disinformation.

“Therefore, all types of management and regulation of public communication systems must first protect the public’s right to and use of communications technology.”

Nevertheless, the SAFMA President warned that any attempts by any one group, particularly the Government, to control communications systems on their own could result in censorship of the press and curtailment of freedom of expression.

“Any attempt by any one side, whether government, civil society, or private, to control these communications systems on their own will not be effective, especially if the Government alone attempts to control public communications – that will mean a permanent kind of censorship which will only shift hate speech underground, and in the world of the internet, the underground is as big as above ground and just as dangerous and destructive,” he said.

The FMM understands that there is a serious problem at hand with regard to the media industry. We see many biased reports being published either in print or on electronic media. Apart from biased news, false news is also being reported. However, our organisation believes that self-regulation is the path to follow

UPFA-UNF gear for major showdown in battle for supremacy

October 28, 2018 bythemorninglk No Comments
Fractions between the United National Front (UNF) and the Sri Lanka Freedom Party (SLFP) – which is the main constituent party of the United People’s Freedom Alliance (UPFA) – have been surfacing....

March 24, 2019 bythemorninglk No Comments
Political circles were abuzz last week with talks of an early presidential election creating ripples across all political parties. It is learnt that fearing a collapse of talks for a grand alliance be