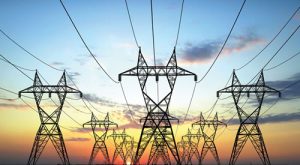 The Government has awarded the contract to construct the second phase of the 300 MW LNG power plant in Kerawalapitiya to Lakdhanavi Ltd., overturning a Cabinet decision of the previous Government made just over a year ago.

The relevant cabinet paper was submitted by Power and Energy Minister MahindaAmaraweera while approval was received last week, The Sunday Morning reliably learnt.

The Sunday Morning also understands that this decision is conditional upon Lakdhanavi’s withdrawal of a petition filed at the Supreme Court against the original awarding of the contract to a Chinese company, GCL China Windforce and RenewGen. Lakdhanavi filed a petition at the Supreme Court soon after the decision was reached in February last year, as it was the lowest bidder (see table) while GCL was the second lowest.

Former Minister of Power and Energy Ravi Karunanayake told The Sunday Morning that he vehemently opposed to the overturning of the decision as the case is ongoing.

He added that it was doubly wrong as it was a decision made by the previous Cabinet and should not have been overturned in this manner.

Originally, Cabinet approval was granted to award the tender to set up two 300 MW LNG plants in Kerawalapitiya, with the Procurement Appeal Board (PAB) approving the awarding of the second contract to Lakdhanavi Ltd. to set up a new 300 MW LNG plant.

At the time, then Minister of Power and Energy Karunanayake said the decision to award the 300 MW power plants to the first and second bidders in a single tender for an independent power producer was bipartisan.

The letter sent by the Ceylon Electricity Board (CEB) to the Chairman of the Public Utilities Commission of Sri Lanka (PUCSL) states: “As we stated in our letter dated December 12, 2019, the information and the draft PPA submitted previously to the commission were based on the directive issued by the Secretary to the Ministry of Power, Energy, and Business Development by letter dated April 10, 2019 ‘to negotiate the PPA with GCL WindForce&RenewGen and submit finalised PPA for PUCSL approval’. At this time the Transmission Licensee was not given access to TEC reports, SCAPC decisions, Cabinet Memoranda, Cabinet Decisions or any other document that contained the price information.

“Hence, the transmission licensee had to assume that the Consortium of GCL Windforce&RenewGen had submitted the bid that had been determined to be lowest evaluated and substantially responsive to the bidding documents.”

The letter further states: “Our letters of June 21, June 27, Sep 09 and Nov 07 2019 were based on the limited information and instructions received from the Ministry. Pursuant to the aforesaid instructions of the Ministry, a non-binding letter of intent signed by Chairman of CEB and Secretary to the Ministry was issued to consortium of GCL on June 11, 2019.

“However, Ministry Secretary by letter dated November 21, 2019 forwarded to the transmission licensee copies of several TEC reports and relevant SCAPC decisions, which contained the price information related to the tender in question. Upon examination of these documents, it was revealed that the tender board had opened financial proposals of five bidders whose technical proposals were determined to be compliant.”

After reproducing the information on the levelised prices declared at the opening of financial proposals held on 18 September 2017, as per TEC (Technical Evaluation Committee) reports and SCAPC (Standing Cabinet Appointed Procurement Committee) minutes made available to the CEB, the letter states: “The transmission licensee conveyed to the commission the above information in its letter dated December 12, 2019. As the prices given in the table above have been accepted by a properly constituted tender board (SCAPC) assisted by a competent technical evaluation committee, the Transmission Licensee has to agree that the bidder who has submitted the lowest evaluated substantially responsive bid according to price details given above is able to develop the proposed 300 MW LNG based power plant at Kerwalapitiya at the lowest cost.

“The transmission licensee has no reason to disagree with this determination of the tender board and TEC,” the letter adds.

Asia under threat if SL fails to contain terrorism: MR

December 13, 2019 byTSM Web Desk No Comments
Prime Minister Mahinda Rajapaksa said many countries in the Asian region will be under threat if Sri Lanka fails to contain the new terror threat.

February 1, 2020 byTSM Web Desk No Comments
The US has declared a public health emergency over the spread of the coronavirus and said it would deny entry to any foreign nationals who have visited China in the past two weeks.