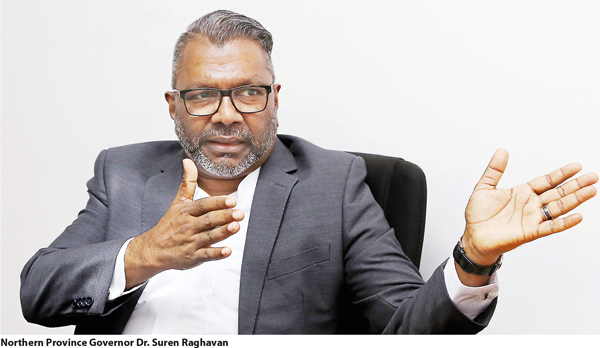 The land issue in the North has been accelerated with steps now being taken to identify the owners of the private property being occupied by the military in the North.

A Tamil National Alliance (TNA) legislator also sent an urgent letter to the Governor of the Northern Province urging him to immediately address the issue.

TNA Parliamentarian S. Sritharan told The Sunday Morning that he had written to Northern Province Governor Dr. Suren Raghavan over several acres of private land still being occupied by the military and Government in the North.

In his letter, Sritharan noted that the Army continued to occupy over 207.2 acres of private land in the Kilinochchi District.

The TNA MP noted that even 10 years after the war ended, the security forces continue to occupy private land and that land must be released.

Discussions had been held between the TNA and President Maithripala Sirisena on several occasions and assurances had been given that the land will be released.

Over the past four years, several acres of land in the North had been released, but the TNA said more needed to be released soon. 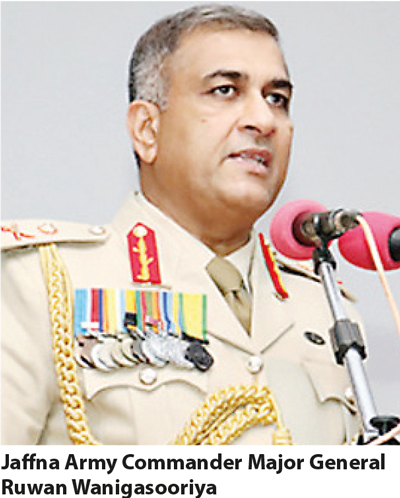 The last discussion on the issue was held at the Presidential Secretariat on 27 August when a TNA delegation met the President in the presence of government officials and the military.

TNA MP Shanthi Sriskandarasa last week informed the public in Mullaitivu to submit details on their land being occupied by the military.

She said that the information had been sought based on the discussions held with the President last month.

Meanwhile, the office of the Northern Province Governor said that details pertaining to the owners of private lands in Jaffna occupied by the security forces and Police were being collected.

Notice had been issued to the public last week stating that under the accelerated project of identifying and releasing the private lands occupied by the forces and Police, under the direction of President Maithripala Sirisena and Northern Province Governor Dr. Suren Raghavan, information can be submitted to the Governor’s Secretariat through a duly filled form on or before 9 September 2019.

The office of the Northern Province Governor said that once the owner of the property was identified and confirmed, steps would be taken to return the land.

Meanwhile, TNA MP S. Sritharan told The Sunday Morning that the Governor had also contacted him in response to his letter and assured him that they would meet this week to discuss the issue.

Palali, the area where the domestic airport has been expanded to accommodate international flights, is among the areas where civilian land is being occupied.

However, Minister of Transport and Civil Aviation Arjuna Ranatunga said that the owners of some land had not been identified.

He said that steps would be taken to ensure the general public in the Palali area are not inconvenienced and due compensation would also be paid to any property which had been acquired for the airport expansion.

The first phase of the Palali Airport development project will be completed by 10 October and regional flight operations from Palali to India are expected to officially commence from 16 October.

Meanwhile, the military in Jaffna said it was prepared to co-operate with the Governor of the Northern Province on the release of private land.

Jaffna Army Commander Major General Ruwan Wanigasooriya, who assumed duties in July, told The Sunday Morning that the Jaffna Army was participating in discussions with the Governor of the Northern Province on the land issue.

The Army has released over 90% of the land in the North over the past few years after giving priority to national security.

However, the Army maintained that land which needed to be in military control owing to security concerns would not be released.

During the meeting with the TNA last month, the President had instructed the relevant officials at the meeting to take steps to release lands while ensuring national security was given priority.

The President instructed the officials to carry out a survey on the extent of land which needed to be released after consulting the security forces and submit a report before 1 October to the Governor of the Northern Province.

“The President further stated that everyone should be aware that Army checkpoints and camps are prerequisites to ensure national security. The Easter Sunday terror attacks highlighted the importance of this measure said the President, while adding that security camps should be in place for the security of the area and its population.

Measures to release lands which are not strategically important to national security will be expedited and issues related to this process can be resolved through discussion,” the President’s Office quoted the President as saying.

He had also said that if acquisition of private lands was required for security purposes, then compensation should be paid to the owners without any delay.

April 26, 2019 bythemorninglk No Comments
A photograph of a foreigner with a notice pasted on his backpack that read “three-wheeler epa” in Sinhala, which means “no to three-wheelers”, is being circulated on social media.