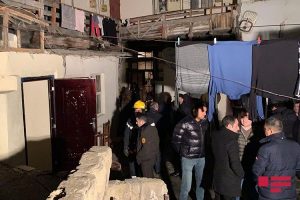 Three Sri Lankan students have died of smoke inhalation following a fire that broke out in their apartment in the Sabail district of Baku, Azerbaijan.

The girls were students of the Western Caspian University in Baku. They have been living in the same apartment for two months. A forensic medical examination on the bodies is currently underway.

Sabail police believe the fire was caused by an electric short circuit.

Police, prosecutors as well as MES firefighters are currently investigating the incident. https://apa.az/en/accidents-incidents-news/Three-foreign-students-died-of-smoke-inhalation-in-Baku-colorredPHOTOcolor-colorredUPDATEDcolor-305648

September 29, 2020 byCharindra No Comments
The Cabinet of Ministers has given its approval to terminate the Japanese-funded Light Rail Transit (LRT) project, which was planned to be implemented in Colombo as a solution for the traffic congesti

February 9, 2020 bythemorninglk No Comments
AG has accused Acting IGP Senior DIG C.D. Wickramaratne of a possible violation of the Constitution by not adhering to his instructions with regard to interdicted High Court Judge Gihan Pilapitiya.