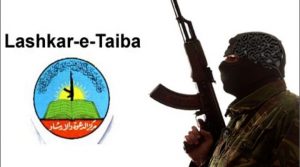 Security has been tightened across Tamil Nadu following intel that members of the Lashkar-e-Taiba, an Islamist militant organisation,  had infiltrated into the state via Sri Lanka,  the Hindu Business Line reported.

The reports suggested six members of the terror outfit infiltrated into the state by sea from Sri Lanka and moved to different cities, including Coimbatore, according to the police.

Security has been stepped up at many places, including airports, railway stations, bus stands and places of worship across the state. An alert has been sounded, especially in coastal districts, to prevent any further possible intrusion, the police said.

There has been tight patrolling across Coimbatore district. Vehicle checks have been intensified in the city and border areas, the police said. Though the identity or the nationality of the intruders were yet to be ascertained, sources said one person belonged to Pakistan.