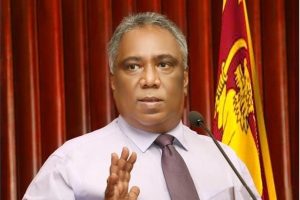 Controversy has arisen over the manner in which law enforcement authorities are using the International Covenant on Civil and Political Rights (ICCPR).

The ICCPR has most recently been used to launch a probe the threat against journalist Kusal Perera, the arrest of author Shakthika Sathkumara, as well as the arrest of a Muslim woman over a dress she wore, claiming it resembled the Dharmachakra.

Speaking to The Sunday Morning, Indatissa said that since discretion lies with the police officer on arresting someone under the ICCPR, it is important that law enforcement officers are properly trained in this regard.

Below are the excerpts of the interview:

What is the ICCPR and how did it become included in Sri Lankan law?

ICCPR is a law that deals with human rights. Human rights became an important bundle of rights consequent to the Universal Declaration of Human Rights adopted by the United Nations (UN) General Assembly on 10 December 1948.

Consequent to the atrocities committed during World War II, many countries incorporated these basic human rights into their constitutions. Whenever a country becomes a signatory to a United Nations Convention, it is obliged to enact domestic legislation covering the convention. The first Sri Lankan Constitution dated 22 May 1972 incorporated some of these rights. One of the biggest issues in the 1972 Constitution, however, was that the rights recognised were not enforceable.

The 1978 Constitution made provisions for the recognition of some further rights and also introduced a judicial mechanism. In terms of Articles 17 and 126 of the 1978 Constitution, any person whose fundamental rights are violated by executive or administrative action could petition the Supreme Court within a period of one month from the alleged infringement.

Is the ICCPR followed by Sri Lanka on par with the ICCPR treaty adopted by the UN?

The ICCPR was adopted by the UN General Assembly on 16 December 1966. It came into force from 23 March 1976 in terms of Article 49 of the Covenant. The Covenant respects civil and political rights of individuals including right to life, freedom of religion, freedom of speech, freedom of assembly, electoral rights, and rights to due process and a fair trial.

Sri Lanka became a signatory by ratifying the Covenant of 11 June 1980. In keeping with the international obligations, the Parliament of Sri Lanka passed ICCPR Act No. 56 of 2007. The primary purpose of this statute was to recognise the rights which are not recognised already under the 1978 Constitution. In drafting this legislation, Sri Lanka followed the Convention.

Is the ICCPR being misused in Sri Lanka as claimed by civil society?

One of the most important sections in the ICCPR Act is Section 3.

One of the earliest cases where the ICCPR Act was used was the case of former UNP General Secretary Tissa Attanayake who was indicted in the High Court of Colombo in respect of a statement made by him during the run up to the presidential elections of 2015. There were some other cases filed during the incidents of Digana in 2018.

When you look back at these cases, a doubt arises as to whether the oral statements or written statements fall within the ambit of Section 3.

Article 14 of the Constitution confers the freedom of speech. This freedom is not absolute. It could be curtailed in the situations defined under Article 15. The possibility of imposing restrictions should never be used against an individual on wrong grounds. An abuse can arise only in such instances.

Do you think the law enforcement authorities have adequate knowledge of the ICCPR Act?

No. The biggest issue facing this piece of legislation is the lack of knowledge on the part of the law enforcement authorities. This is unsatisfactory.

The commencing point of an action based on the ICCPR Act is where a police officer would take into custody a citizen for having committed an offence under Section 3 of the Act. The decision of whether an oral statement, written document, or even a post published on social media leads to a violation of Section 3 is left in the hands of the police officer. He has the discretionary authority of deciding whether the individual should be arrested or not.

There have been quite a few instances where individuals have been arrested based on leaflets found in their possession. And at the end of the day, it had turned out that the leaflets did not contain any subject matter falling within the ambit of Section 3.

Therefore, in view of this discretion placed on a police officer, it is important that the law enforcement officers are properly trained in this regard.

If someone is arrested under the ICCPR Act, what steps can that person take to challenge the arrest?

All offences under the ICCPR Act are cognisable offences, meaning that an individual can be arrested without a warrant. In a clear case where Section 3 is violated, there is no problem, but in a borderline situation, the arrest can become questionable.

When a person is arrested under the ICCPR Act, a magistrate’s court cannot grant bail. Hence, the bail application has to be made to the high court. It is a requirement to establish the exceptional circumstances as to why the person should be granted bail.

On the other hand, if an individual feels that the material upon which he was arrested does not fall within the purview of Section 3, he could challenge the arrest under Article 13(1) of the Constitution by way of a fundamental rights (FR) application. These are the remedies available for an individual.

How would you compare the ICCPR to the Prevention of Terrorism Act (PTA)?

There is no comparison between the ICCPR, the PTA, and normal law. The arrest procedure is the same and only a person who has committed an offence or is suspected of an offence may be arrested. The only difference lies in the obtaining of bail. Under normal law, except in instances where there may be restrictions, a magistrate’s court has the power to grant bail. Under the ICCPR Act, bail can only be granted by the high court.

January 3, 2021 byNethmi Liyanapathirana No Comments
In the wake of the global Covid-19 pandemic in March 2020, the country's health authorities implemented intense measures to control the spread of the virus. The Ministry of Health played a..