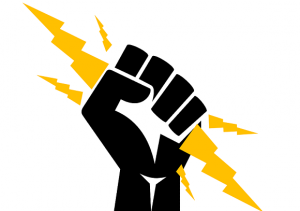 There is nothing Sri Lankan politicians love more than being in power. They will not think twice about resorting to any third-degree activity just to stay in power.

These days, with the election season slowly creeping upon us, politicians of all hues are jostling with each other, daggers drawn to secure nomination to contest. While two parties have already named their presidential nominees, namely the Sri Lanka Podujana Peramuna (SLPP) and the Janatha Vimukthi Peramuna (JVP), the two main parties that have alternatively governed the country since Independence, namely the United National Party (UNP) and the Sri Lanka Freedom Party (SLFP) are yet to do so.

Both these parties are currently embroiled in major internal struggles, mostly their own doing, to name their man. The struggle in the UNP is far more intense than the one in the SLFP as it threatens to split the party right in the middle while in the SLFP camp, it’s more about whether the incumbent should give it another shot or not.

Be that as it may, let’s look at the typical election cycle in this country. With a population of 21 million people, Sri Lanka has thousands of “people’s representatives” starting from the local government level to provincial, parliamentary, and presidential levels. All of these so-called representatives enjoy privileged status at the taxpayers’ expense while what they do in return for the people they claim to represent is invariably more harm than good.

In the run up to elections, every conceivable promise will be made just to get elected, but once elected it usually does not take 24 hours to discard those promises. Days later, when voters call over for favours, they will be sent from pillar to post and the dodging game will begin.

The single most important job once elected is to prepare for the next election by looting and robbing. There may well be a few exceptions, but this is generally the norm. Given this degenerative, cancerous process, what the country needs is not a new set of liars and robbers but a systemic shift to performance-based, inspirational governance.

If this is to happen, our leaders must be mindful of the fundamental fact that with power comes responsibility.

The first and most important responsibility of a member of Parliament is to attend Parliament. Sadly, as the past week has amply demonstrated, attending Parliament is the last thing on our legislators’ agenda.

Some years ago, MPs’ attendance became so bad that an incentive had to be introduced on top of the salary and other perks, just to get them to Parliament. Imagine an ordinary worker getting a special allowance for each and every day he turns up at work. MPs are also provided super-luxury vehicles sans duty supposedly to enable them to travel from the electorates to Parliament in comfort.

Despite all this, Thursday (5), was a black day for Parliament as no minister, state minister, or deputy minister was present to answer any of the 15 questions listed on the agenda. Usually, it takes months for a question to be listed and answered by the relevant minister in Parliament and on the given date, when the minister is missing, it speaks volumes of the commitment to “good governance”.

It was said that one of the reasons for the members’ absence that day was a rally organised by UNP presidential hopeful Sajith Premadasa in Kurunegala with the participation of many ministers. For a man who is passionately promising to work for the people, to disregard his role as Deputy Leader of the governing party in Parliament and instead indulge in petty politicking is certainly not the best example of leadership.

The irony is that while Premadasa is going around the country preaching how dedicated he will be to the job, he is oblivious to the fact that he is also wilfully neglecting his current job.

Many clamour for portfolios and power but when it is given to them, more often than not, the outcome is less than desirable. If Thursday was bad enough, on Friday the Government could not even proceed with the day’s business due to the absence of its members while sittings had to be adjourned for two weeks. This callous disregard for the very institution they have been fighting to get into may well have a telling effect at the hustings.

On top of all this comes the news that millions of rupees are being spent to feed the few that actually attend sessions. Even though it’s not just the members who are fed, the fact remains that this cost is incurred only due to the fact that the institution exists primarily for the members. The cost of each sitting day in Parliament is estimated to run into the millions and if members are not interested in attending, these funds should be diverted to worthier causes. It costs Rs. 4 million for Parliament to function for a day; no doubt this can do wonders for a rural school.

The 225 members of Parliament will not have it easy in the future with various public interest groups now focusing on personal performances of elected MPs and their contribution to the parliamentary agenda. Therefore, in the not-too-distant future, going before the people would entail much more than a bunch of juicy promises.
The responsibility for this pathetic state of affairs must be accepted by the party leadership which includes the leader, his deputy, chief whip, and others who are good at preaching but poor at practicing. If the state sector is to be disciplined, the example must come from Parliament.

The parliamentary agenda which is formulated in consultation with party leaders must be respected and the day’s business should be carried out without hindrance, least of all due to absence.

If party discipline cannot be maintained, then it is time for new, stronger leadership where errant MPs will be reined in and made to fulfil their obligations. If any of the current leaders are serious about good governance, then Parliament is as good a place as any to embark on that task. Those clamouring for leadership positions would do well to first lead by example.

April 21, 2019 bythemorninglk No Comments
One of the longest ruling monarchs in history, King Louis the Great (Louis XIV) (1638 to 1 September 1715) is to have said, “I am the state” (L’etat c’est moi) when he successfully implemented drastic

EU to monitor implementation of recommendations

December 1, 2019 bythemorninglk No Comments
The European Union (EU) will monitor the implementation of the final recommendations to be submitted to Sri Lanka following the recent presidential election after most of the past recommendations were