September 10, 2019 by Pubudu Chinthaka No Comments 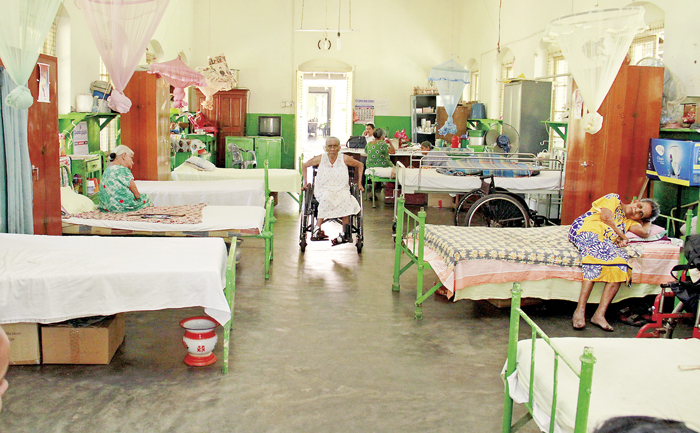 Last week, 223 new cases of leprosy were reported from the Gampaha District. While Sri Lanka launched a five-year plan to end leprosy, these new cases that are reported might cause a setback in that plan.

The Sunday Morning Brunch spoke to Anti-Leprosy Campaign Director Dr. Nilanthi Fernando to inquire about the number of new cases reported recently and whether relapses are reported. “On average, around 2,000 new leprosy cases are reported in Sri Lanka each year and in 2018, 1,683 new cases were reported. In that year, 6.3% of the patients who were referred to us had already developed Grade 2 disability (visible disability) due to leprosy and 9.7% of the cases were of children. In comparison to the new cases of leprosy reported in 2018, the highest was recorded from the Colombo, Gampaha, and Kalutara Districts at 230, 210, and 175, respectively.”

Although the country was able to eliminate leprosy as a public health problem in 1995, recording a prevalence of less than one case of leprosy per 10,000 people, the number of new leprosy cases being detected threatens to undermine the country’s progress against the disease.

“Leprosy can be cured if detected early, and the first signs of it are discoloured patches of skin, which remain numb to the touch. The person would also experience joint pain. Most often, people tend to ignore the symptoms and when they reach out for medical care, it is often when the disabilities and deformities become visible.”

“What we have observed is that patients tend to default their treatment; at times, they find it challenging to attend routine clinics to obtain medication. Furthermore, the awareness campaigns in place don’t always reach the key group that is potentially vulnerable.”

A battle of over three centuries

Sri Lanka’s battle to eliminate leprosy goes back to the 18th Century and the first leprosy hospital was established by the Dutch in 1708 in Hendala, Wattala; the construction of this asylum was funded by the Dutch East India Company (VOC). During the British era, they took control of the coastal provinces of the country. The administration of the leprosy asylum came under British military and the Lepers Ordinance was enacted in 1901 by the British. In 1920, a second leprosy asylum was set up in the island of Manthivu off the eastern coast.

With the assistance of the World Health Organisation (WHO) in July 1954, Leprosy Project Senior WHO Officer Dr. B.C. Malhotra visited Sri Lanka as a consultant, and in the same year, with the recommendation of Dr. R.G. Cochrane from the British Empire Leprosy Relief Association, the Sri Lanka Health Department started the Anti-Leprosy Campaign.

After 1977, compulsory admission of patients to the leprosy hospitals under the provisions of the Lepers Ordinance was discontinued. At the time, under the administration of the Anti-Leprosy Campaign, the two leprosy hospitals in Hendala and Manthivu, a central leprosy clinic at room 21 in the National Hospital of Colombo, and public health inspectors for leprosy control in the respective districts offered medical services for patients with leprosy.

In 1983, MDT (multidrug therapy/treatment) was introduced under the advice of WHO while Swiss Leprosy Relief Work Emmaus provided financial and material support.
In 1990, the Anti-Leprosy Campaign launched their social marketing campaign to make a real difference to the leprosy situation in Sri Lanka. The programme’s goals were to de-stigmatise leprosy, create awareness of the early signs of the disease, and encourage patients to seek treatment by self-referral.

As a result, Sri Lanka was able to reach the WHO’s elimination target of less than one case per 10,000 population in 1995.

In 2001, leprosy control activities were integrated into general health services. After that, all the health institutions of Sri Lanka were provided with adequate stock of MDT blister packs. Earlier, it was available only with the leprosy clinics conducted by the Anti-Leprosy Campaign and some of the skin clinics at the teaching hospitals before integration. For surveillance and control activities, regional epidemiologists (RE) were trained at district level.

The bacterium – M. leprae, discovered by G.A. Hansen in Norway in 1873 – is a slow-growing, intracellular pathogen that cannot live outside its host. Because it can only be grown in animals, and not in a laboratory, it is more difficult to study than other bacteria

The disease is widely assumed to be spread via the respiratory system through nasal droplets. Because M. leprae survive best at low temperatures, it primarily affects the superficial sites of the skin and peripheral nerves. Leprosy usually affects the skin, peripheral nerves, and upper airways, but has a wide range of clinical manifestations.

People with long-term leprosy may lose the use of their hands or feet due to repeated traumatic injury resulting from lack of sensation. If left untreated, it can cause progressive and permanent damage to the skin, nerves, eyes, and limbs.

Every day is different: Selvakumaran

Kalpitiya – the new champions of seafood

July 11, 2019 bythemorninglk No Comments
As of recent times, there was an astronomical rise in the popularity around famous tourist destinations (Ella and Mirissa), becoming famous for its sights, sounds, culture, and most importantly food