Colourism has been prevalent for decades and decades. The very sentiments of prejudice are deep-seated not only in our society, but around the world. The idea that a darker skin tone is less attractive or less worthy of being beautiful is one of the most distorted opinions that has clouded the minds of a myriad of people, so much so that children are discriminated against before they say their first words.

The sad fact is that colourism is all around us – in our beauty products, our advertisements, our workplaces, and sometimes even in our own homes. It is no secret that there are naturally unattainable standards of beauty promoted on various social media platforms. But the real question is: Why is skin tone a determining factor of beauty? There have been countless situations over the years and still to this day, especially in Sri Lanka, where known brands and different individuals have been colourist.

Considering everything that is happening around the globe and the recent incident that sparked debate right here in Sri Lanka, we’ve been reminded that change has to begin somewhere. In light of this, The Sunday Morning Brunch spoke to some prominent influencers including model, small business owner, and consultant Kalpanee Gunawardana; professional hair and makeup artist Omesh Wijeratne; lawyer and iProbono Equality Director Aritha Wickramasinghe; and PhD student in social psychology Misha’ari Weerabangsa. 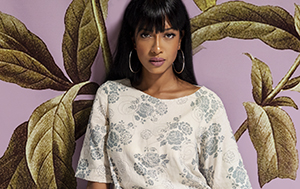 Kalpanee Gunawardana shared that colourism and racism have its roots in institutional and systemic structures and issues. “A large majority of those impacted are already marginalised, for example, due to their ethnicity, gender, race, or social class. More often than not, from my experience and knowledge, there would be multiple intersectional factors that reinforce or uphold the discrimination faced by the victim such as poverty, patriarchy, or sexism,” she explained.

She feels that what we need is institutional and systemic change and conversation – whether it’s within your family, peers, workplace, or Parliament. “When we look at racism in particular, we must question entrenched institutions such as government organisations, policies, and law – or lack thereof – in the specific case of colourism,” she added.

Gunawardana said that the onus is on us – the reader, the friend, the lawmaker – to understand, question, and combat colourism, adding: “It is not on the individual that already lacks a privilege that you or I may have.”

Omesh Wijeratne believes that as a country with endless space to develop, the first step is to create awareness about what colourism is and as to why it’s wrong and not okay. “Nothing is going to work until you know you are a part of an issue. As we create a strong society that will not be oppressed, we realise that companies have been benefiting from colourism. The force of the oppressed itself is powerful to shut companies that support colourism. We must urge for diverse representation in mainstream media, companies to appreciate diversity in their campaigns, and most importantly call out anyone every time colourism is observed,” Wijeratne pointed out.

Aritha Wickramasinghe feels that anyone facing colourism and/or being discriminated against because of their skin colour or tone shouldn’t be afraid to call out the people who are discriminating against them.

“Even when you hear someone say something like ‘she is dark but beautiful’, don’t stay silent. Ask them why skin colour determines beauty. Isn’t beauty determined by their features and face shape rather than skin colour?” he questioned.

Misha’ari Weerabangsa doesn’t believe it is up to an individual who is facing colourism to take on the burden of educating everyone. “This is a societal problem that needs a societal solution. But it is important that those who face colourism should speak up about it, if they are willing, and that those of us who aren’t subjected to it do too.”

According to Weerabangsa, we have to “call it out when you see it and push for non-discriminatory practices as much as possible”.

On companies that support colourism

Gunawardana eagerly made the distinction between supporting colourism passively through silence or lack of representation and actively reinforcing and profiteering off colourism. “If, as a company, you support colourism by your silence or via selling only on a particular narrative, then listen to the world; apologise, grow, make amends, change.”

She furthered that if, as a company, you reinforce colourism and profit off it, then the incentive is low towards listening to concerns “and we have seen that they do not”.

“Here, if it is a multinational company with multiple product lines, then I would ask the consumer to question their purchasing choices and their silence, if they have the privilege to raise their voice. It is complicit behaviour and silence which allow the business entity to operate without heeding to the developing narrative,” she stressed.

Gunawardana also believes that we must holistically look at the situation, especially in a country the size of Sri Lanka. “Companies of scale employ tens of thousands, either due to genuine or ingenuine reasons; they also have the capacity to have product lines or services that support and uplift many, and many a narrative. Consumers in smaller economies are also limited by choice, either via availability or access. More often than not, the users of products that reinforce colourism are already impacted or influenced by other existing harmful, unjust structures and narratives.”

She further explained that there’s a social currency attached to being of a certain skin colour in our society. “The fairness industry is a multibillion rupee market in Sri Lanka; there is a clear demand and a consumer. So aside from the case of the minority that have the capacity to raise a voice or empower others, we must look beyond the consumer (be it direct or indirect via other product lines). There is capacity for self-governing regulatory institutions such as in advertising or governmental action via law.”

However, citizen lobbying, according to Gunawardana, is more often than not required for such a change. She believes that solutions lie in dismantling existing prejudicial systemic structures via action on multiple levels as identified above.

“I thoroughly believe that consumers have choice and that humans have a wide array of expression; if one wants to cosmetically become blue that they can, but it should not be because of a privilege attached to being of a certain skin colour. We all have a lot of reflecting, learning, and unlearning to do; the time for this was yesterday,” Gunawardana concluded. 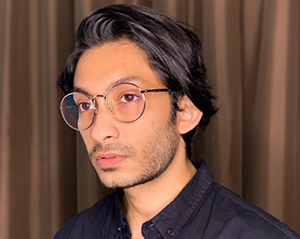 Wijeratne shared that most companies are not blindly supporting colourism, but are rather using colourism as a marketing tool, adding that by the year 2019, the global beauty industry was worth $ 532 billion. “Knowingly or unknowingly, we contribute to this industry and benefit from it on different levels. In 2017, Rihanna launched Fenty Beauty. It instantly became a phenomena, but the most notable aspect was its 40 shades of foundations – different shades from the lightest to darkest – an especially diverse range of dark foundation shades that represented every woman and man of colour.”

He believes the success behind the company is diversity and inclusivity. “Although there are other brands with shades of inclusivity, it wasn’t affordable and not accessible to everyone. At times, people of colour struggled to find the foundation and concealer that matched their skin, a lipstick that would complement them, a blush that would suit their skin tone, etc. Most of these brands relate only to white females.”

Commenting on Sri Lankans, Wijeratne said that we don’t have accessibility to diverse and inclusive makeup products, pointing out that beauty companies are unapologetic and the general community has normalised that concept. He said that Sri Lankans use the word “white” as a term of endearment. “There is a belief that a person with lighter skin is far more desirable, talented, or superior than a person with a darker complexion. One of the most trending procedures available at cosmetics spas and med spas are glutathione IV treatments and topical treatments at higher prices.”

Another industry benefiting from this idealism, according to Wijeratne, is the bridal beauty industry. Girls are forced to endure dangerous skin-lightening procedures, and some stylists are famously known to give oral supplements without prescriptions. Topical skin bleaching and countless procedures come with a price, he stressed. “Most bridal make-up artists would charge obscene amounts of money from families to make them look whiter on the day of their wedding. Most bridal stylists are known to refuse girls with dark skin and only accept light-skinned, or only white-painted brides will be featured on their social media. The industry has become a mafia in itself.” 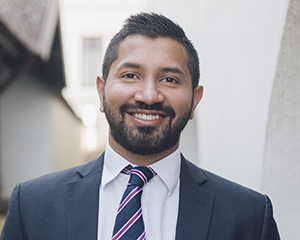 Wickramasinghe shared that to companies that support, profit, and perpetuate colourist ideas, he would say the time’s up. “The world is rapidly moving away from the backward, neocolonial, white supremacist ideology that they are exploiting and profiting from. These companies can choose to either be on the wrong or right side of history. Their whitening products have no place in modern civilisation and definitely not in 2020.”

Weerabangsa too urged companies to “do better”. “Educate yourselves, educate your employees, evaluate your company’s practices for embedded colourism. There are a multitude of free resources available whereby these issues can be tackled – make use of them.”

A tribute to the Dancing Queen

June 30, 2019 bythemorninglk No Comments
Kalashuri Oosha Saravanamuttu-Wijesinghe - the most celebrated ballerinas and ballet instructors in the country.

Wisdom Wednesdays to champion unity and working together

April 29, 2020 byJennifer Anandanayagam No Comments
To support one another during this crisis, seven women – Kaira, Soraya, Caryll, Farzana, Kamani, Ameena, and Selvi – gathered together to prove that as long as we stay connected, nothing can stop us f