Let’s Talk About The ‘S’ Word 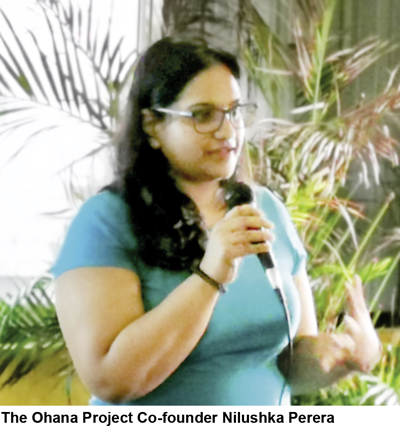 Starting off the proceedings was The Ohana Project Co-founder Nilushka Perera who gave the attendees a small introduction to The Ohana Project itself. She explained that it was a community mental health initiative run by a multidisciplinary team of mental health professionals. Furthermore, the group is an advocacy group that came together with one commonality; frustration – frustration due to the lack of awareness regarding mental health in this tiny island. Perera elaborated by quizzing the attendees: “If you wanted a leaflet on depression, would you know where to find one? Not really.” Moreover, she claimed that The Ohana Project strives to “cascade the information that is already there in Sri Lanka to the community level”. Taking over from there was Co-founder Nivendra Uduman who explained that the workshop is going to be one in which they are going to speak about mental health and the experiences they had in that particular field. Additionally, the two also mentioned that there will be Psychological First Aid (PFA) volunteers present whom anyone could speak to if in any sort of emotional distress and they wanted to discuss it personally.

Subsequently, an introduction to the individuals who work at The Ohana Project was given, followed by a small icebreaker activity organised by them. The activity consisted of two games – one being the well-known Simon Says and the other being a game called Opposites in which you are supposed to do the exact opposite of what you are being told to. The two activities definitely got everyone’s blood pumping and made everyone more comfortable with each other. It also garnered a few laughs here and there. After getting everyone rejuvenated and energised, the workshop tackled a more serious topic which was a discussion on mental health in Sri Lanka. Perera explained that currently in Sri Lanka, when it comes to mental health, there is a rather “clinical model”. For example, if an individual has a headache, gastritis, or some other kind of ailment, it does not necessarily mean that there is something biologically wrong with them; it could indicate to a sort of psychological issue. “Part of being in mental health is making sure that everyone is aware that it’s not always something clinically wrong,” she stated zealously. She went on to explain that what we as individuals feel has three aspects, namely the biological aspect, psychological aspect, and social aspect. It is only when these three aspects are interlinked thst it becomes a mental health issue. Certain factors which impact a person’s mental health were also discussed in brief. Community aggression was shown to be one of the main factors that could affect an individual’s mental state or mental health. A few other mental health impacts were revealed to be stress, anxiety, depression, grief, sense of loss, and post-traumatic stress disorder (PTSD). 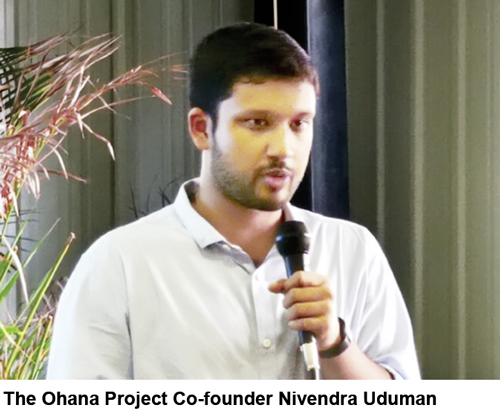 Furthermore, more astonishingly, it was revealed that even climate can impact one’s mental health, especially when it comes to seasonal depression. With regard to seasonal depression, during winter, there are more incidences of being depressed. She elaborated that these things can lead to biological implications on one’s body. “What you are surrounded by and exposed to are going to have an impact on your health and wellbeing, and that will also vary from person to person,” she concluded.

Uduman also added his fair share regarding mental health in Sri Lanka; he shared his vast knowledge on the resources that one can access with regard to mental health.

He began by naming the numerous key mental health support places in the Colombo region. They are the National Hospital, Colombo South Teaching Hospital, Colombo North Teaching Hospital, and the National Institute of Mental Health. “All the prior mentioned institutions are headed and run by psychiatrists – that is the mental health part of it of course,” Uduman stated. He went on to speak on a few other individuals in the mental health field in the government sector. Social workers are also part of the mental health area as they mainly do work which is traditionally done by counsellors, as well as outreach work in the community. Yet, another type of individual is the community psychiatric nurse who is especially trained to deal with community-related psychiatric issues. Another one of these types of individuals in the government sector are the occupational therapists that provide occupational assistance to individuals. Last but not least are the befrienders, who are trained by NGOs or government institutions to provide befriending services, which are different from counselling. By now, you must have noticed that something is missing, and you are unequivocally right. “Unfortunately, psychologists and counsellors are not recognised within the Sri Lankan system. Therefore, we don’t have them working in the government sector except for a few trainees,” Uduman stated despondently. 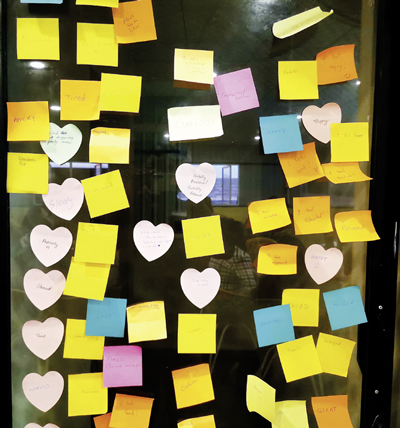 He also claimed that counsellors have varying levels of qualifications; some have diplomas or higher national diplomas whereas some others have degrees. The only area in which the Government would employ these counsellors is the District Secretariat Office, Women and Child Affairs Ministry, and Social Services Ministry. Alas, you will not find them in a hospital setting in the government sector. Uduman explained that there are lot of inquiries that come with regards to where to go. He claims this is all due to a lack of awareness and went on to explain where one can get admitted due to mental health issues. In the National Hospital, there are two psychiatric clinics and a mental health ward known as “Ward 59”. The Colombo South Teaching Hospital has one called “Mana Suwa Piyasa”, but one must first go through the OPD to get in there. This also applies to the hospital in Ragama. Finally, the National Institute of Mental Health was revealed to be the only institution in Sri Lanka where one can voluntarily admit themselves or involuntarily admit another legally. Deviating from the topic of the government sector, Uduman stated that in the private sector one has access to these facilities via e-channelling and that there are even NGOs that provide services free of charge such as Sumithrayo and Mel Medura.

March 1, 2020 bythemorninglk No Comments
Mumbai-based chef Alex Sanchez’s idea of luxury dining may raise a few eyebrows, but the picture he painted for us sat snugly in our hearts (or should we say stomachs?).