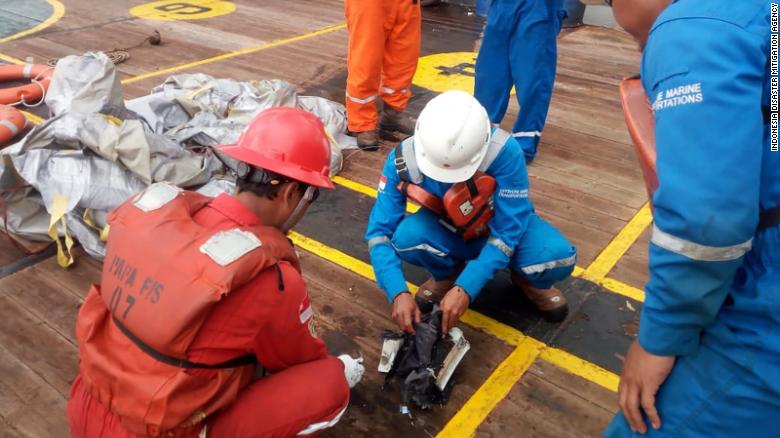 An Indonesian passenger plane carrying 189 people, including one child and two infants, has crashed into the sea close to the capital Jakarta, minutes after takeoff.

The Lion Air flight JT 610 was carrying 181 passengers, as well as six crew members and two pilots, when it disappeared from radar during a short flight from Jakarta to Pangkal Pinang on Monday morning, according to Indonesia’s National Search and Rescue Agency (SAR).

The plane, a new Boeing 737 MAX 8, took off from Soekarno-Hatta International Airport in Tangerang, Greater Jakarta at 6.21 a.m. local time, and had been due to land at around 7:30 a.m. in Pangkal Pinan, the largest city on the Indonesian island of Bangka.

Indonesian Finance Minister Sri Mulyani Indrawati said there were 20 ministry officials on board, who were returning to their posts in Pangkal Pinang after spending the weekend with their families in Jakarta for a public holiday.

Debris, life vests and a cellphone have been discovered in the water two nautical miles from the coordinates given as the crash site, SAR officials said. The fuselage has not yet been located.

Boats, a helicopter and 250 rescuers, including divers, were working at the crash site, some 34 nautical miles off the coast near Jakarta in the Java Sea. The frogmen are searching in water up to 35 meters (114 feet) deep.
Images have been released by Indonesia Disaster Mitigation Agency showing officials examining what appears to be debris from the plane. Video shows an oil slick at the presumed site of the crash.
Authorities said they are still trying to locate the Emergency Locator Transmitter which is currently not transmitting. (Courtesy CNN)
Tweet
Share
Pin
Share
0 Shares

Hundreds call for help amid flash-flooding

November 28, 2018 byMalik No Comments
More than 500 Australians have called for emergency assistance after storms lashed Sydney and nearby regions, causing floods, power cuts and flight delays.