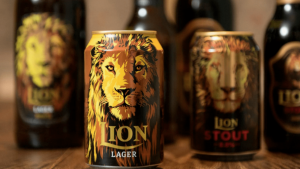 As it endures the eighth week of the nationwide suspension of alcohol sales, Lion Brewery (Ceylon) PLC said it expects to experience lower demand when it is eventually permitted by the Government to resume selling.

“The beverage sector expects an immediate slowdown in demand due to lacklustre consumer sentiment with the expected short-term economic fallout from tourism, lower wages, and unemployment dynamics,” Carson Cumberbatch PLC, the holding company of Lion Brewery, told the Colombo Stock Exchange (CSE) in a disclosure on Monday (11).

The Government imposed an islandwide curfew on 20 March which compelled all businesses excluding essential services to be closed down. Even though the curfew has been lifted and re-imposed a number of times since then, liquor shops were asked to remain closed. In mid-April, liquor shops were allowed to be opened in low-risk districts where curfew was lifted, but were asked to close the very next day due to customers’ failure to maintain social distancing guidelines outside “wine stores”.

However, the disclosure said that despite this, the intrinsic fundamentals of the sector remain strong to support a medium-term recovery.

In the meantime, the company has taken all precautionary measures and enforced sanitisation measures within the brewery premises, and has promptly advised their staff in this regard.

“Health and safety and hygiene standards have been at the forefront of every decision across our business sectors in our attempt to safeguard lives and livelihoods from this crisis. We are stringently adhering to the highest health advice and guidelines on social distancing from the World Health Organisation (WHO), local health authorities, and local governments to ensure the wellbeing of our employees, customers, and business partners.”

The letter pointed out that 46.1% of the group’s revenue can be attributed to the beverage sector. Following the imposition of the islandwide curfew on 20 March, all of the sector’s operations were temporarily suspended, due to the sale of alcoholic beverages being temporarily halted across the country by the Government.

The letter explained that while this suspension was lifted on 20 April, in areas where the curfew was also lifted, it was re-introduced the following day. Due to this, it stated that the full-scale operation of the sector will depend on the curfew situation in the country.

Lion Brewery is a predominantly Sri Lankan-owned and operated brewery, which is also the country’s largest beer manufacturer. The company is also a subsidiary of Carson Cumberbatch PLC, which has had a strong regional presence and international clientele for over 100 years. Outside the beverage sector, the group also holds stakes in oil palm plantations and the oils and fats sector, portfolio and asset management sector, leisure sector, and real estate sector.

The Carson Group said it has been strictly monitoring the ongoing global public health emergency from its onset, and has implemented teleworking plans for their teams and curtailed all non-essential travel. All sanitary and safety measures implemented have been promptly communicated to their employees through awareness sessions, and the group has been closely monitoring the economic cost of the pandemic and plan to continually assess the financial impact across their sectors, while drafting proactive business responses accordingly.

September 14, 2019 byThe Sunday Morning No Comments
Small and medium enterprises (SMEs) have been a hot topic of this year’s presidential election candidates. Across the spectrum of political parties,

July 2, 2020 byTSM Web Desk No Comments
The Sri Lanka Chamber of the Pharmaceutical Industry (SLCPI) unanimously elected Kasturi Chellaraja as its president for the year 2020/21, at the 59th Annual General Meeting held earlier this week. Ch