Living gently with our gentle giants

Elephants are wonderfully majestic and fascinating creatures and are one of Sri Lanka’s many stunning wildlife resources. Our wildlife and nature parks are visited by millions of tourists from all over the world who come to see these majestic creatures, as well as the other diverse wildlife Sri Lanka has to offer.

As beautiful and fascinating as elephants are, they are also an endangered species, with the overall Sri Lankan elephant population numbering approximately 7,500.

The Sunday Morning Brunch reached out to Environmental Foundation Ltd. (EFL) Director and wildlife biologist Manori Gunawardena and renowned environmental specialist Dr. Sumith Pilapitiya, to learn more about the risks faced by elephants in Sri Lanka and how we as a nation can look to being more proactive about the conservation of these gentle giants. 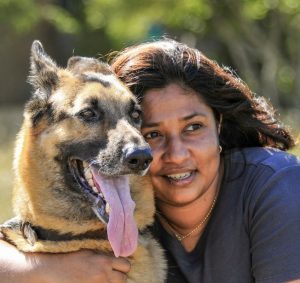 Gunawardena explained that elephant conservation is not simply a wildlife issue; it is a national issue because of the scale of things, she said, adding: “It’s literally an elephantine issue.” Recent research yielded from the first-ever countrywide survey on elephant distribution indicates that 44% of Sri Lanka’s elephant population lives in areas which are also used by people. That’s nearly half of the entire country’s elephant population.

“Elephants are very intelligent, which makes things even more complicated because they learn behaviours and adapt,” Gunawardena explained, sharing that this is why elephants sometimes hang around and get close to vehicles, because in the past, they have been fed and given attention by passersby, and having got used to it, they sometimes interact destructively, stopping vehicles with force.

“This is the attitude of the press when reporting elephant and human deaths like a cricket score, with X number of elephants dead and X number of humans dead, but there is a much bigger cost behind these figures.” What is reported is only the deaths, not anything that leads up to it, particularly from an elephant’s perspective.

What is driving human-elephant conflict? 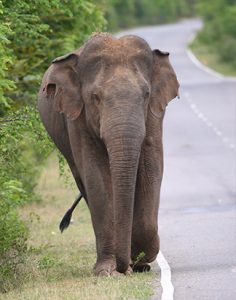 Speaking on the reasoning behind the high elephant death rate in recent years, Dr. Pilapitya shared: “Assigning specific reasons for the increase is difficult in the absence of scientific data. But one could speculate that this increase could be due to encroachments into elephant habitats – several large-scale irrigation/agriculture projects have commenced in the Dry Zone areas with elephant presence. This can result in increased crop raiding, as natural habitats are exploited. I also feel that farmers are getting less tolerant of elephants that raid their crops. Unless development planning takes the presence of elephants in the landscape into account accordingly, this trend will continue.”

Gunawardena agreed that the impact of land-invasive development is one of the likely reasons for the increase in human-elephant conflict and elephant deaths. Citing the example of the development of the Mattala Rajapaksa International Airport in Hamabatota, Gunawardena explained how a large portion of the forest inhabited by elephants was cleared for the airport to be built.

“Just recently there was a news report of elephants encroaching on the roadway leading up to the highway. The whole nature of that area has changed from a rural, small agrarian community to a more urban landscape, with people also developing in the same urban manner.

“Large projects like that would have Environmental Impact Assessments (EIAs) conducted, but these studies don’t take into account the long-term secondary development that will take place in the area, like the building of more businesses and the impact of those businesses, and the reclamation of more land to grow things for the growing community that is forming.”

It is precisely this sort of development that can have far-reaching consequences for surrounding ecosystems and wildlife in the context that we are seeing today with higher levels of human-elephant conflict.

Placing the blame on one group over another is not an effective strategy, Gunawardena shared, adding that it is true the elephants have lost their habitats, but farmers also have a right and duty to protect their livelihoods, which is where much of the conflict between humans and elephants stems. “On any given day, there is an elephant story on the news, of an elephant having broken into a house or field or having killed someone. The language surrounding this is also hostile, with the perception that animals are invading,” Gunawardena commented, going on to explain that when elephants lose their habitats because of land being reclaimed, they will automatically end up encroaching because it is land they were using or travelling through previously. “Particularly in the North and East, you will find rural agrarian communities having to deal with elephants. This has escalated because we have expanded our agricultural footprint heavily since the war.”

Understandably, when elephants encroach on fields, destroying or eating crops, rural farmers are frustrated and their livelihoods are threatened. This tension is sometimes heightened because of the elephants’ protected status, and punitive action is taken when an elephant is harmed or killed. Elephants are wild animals and can be very dangerous when threatened or frightened, and there is an understandable sentiment among farmers and communities along the long lines of “if we kill an elephant we get taken to court, but if an elephant kills us nothing happens”.

Conservation efforts: How can we move forward? 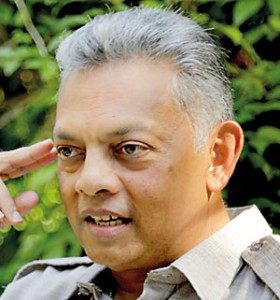 Gunawardena shared that by and large, she doesn’t believe people want to kill animals. “The majority want to be left in peace and let the elephants live in peace. If you go to the farmers and tell them there is a way, they’ll be more than happy. They won’t want you to kill any of them. They just don’t want it in their neighbourhood.

“The rural farmer and the elephant are on this collision course because we as a country have not done our conservation planning well in terms of elephants. We haven’t looked at this large-scale impact of development, and what we’re seeing now are the aftershocks of the development we have had a few years ago.”

There is a lot of pressure put on the Department of Wildlife Conservation (DWC) to tackle elephants, Gunawardena commented, sharing the recent example of the Puttalam wildlife office being damaged by angry locals in response to the death of a child by an elephant attack while on her way to school. Gunawardena explained that the DWC can only take limited action in such situations, stating: “The Department of Wildlife has very little say on what you can do with land outside their purview. They can’t decide to build roads, airports, dams, etc.; they’re only supposed to deal with the aftermath. If you’re on a motorcycle on a road where there are elephants, there’s really nothing the Department of Wildlife can do.”

Understaffing and lack of resources also play a huge role. “The Puttalam wildlife office has only six people, and across the board, the entire Department of Wildlife is very understaffed and nobody is looking at comprehending the scale of intervention required. It’s literally elephantine and we need an elephantine shift. Elephants need lots of space; we need a big fix because the scale is huge.”

What is needed, Gunawardena explained, is a holistic approach to conservation. “We need to take a look at how we’re using land in this country; in the elephant context we need to find those spaces where humans and elephants can co-exist. There needs to be dialogue on this at a national level,” Gunawardena noted, adding that many problems can be avoided or the impact can be minimised if conservation is considered at the planning stages of large-scale projects, as opposed to after the fact.

Gunawardena commented that with the recent change in government, Sri Lanka is potentially going into another development scenario similar to what took place after the end of the civil war, with a big focus on land-intensive development and a huge push on agriculture and growing things as well, particularly land-intensive farming like sugarcane, bananas, mangoes, and other commercial agriculture. Commercial agriculture has been experiencing a boom over the last few years anyway, and it is likely to go through an even bigger boom in the next few years. This will result in further loss of habitable land for elephants, heightening human-elephant conflict.

Gunawardena shared that what is happening now is similar to what happened in the Wet Zone with tea plantations under British rule, with land being cleared and elephants pushed into the Dry Zone. “We’re doing the same thing the British did. We’re changing the land cover; how the British did it in the mountains for tea and rubber. We’re doing it, and we will see the effects of this in the long term. In 20 years, we may have no elephants left.”

It was noted that due to the Covid-19 pandemic and the resulting islandwide lockdown, there was a significant decrease in human-elephant conflict, with deaths of elephants decreasing by an estimated 40%, painting a hopeful picture for human-elephant deaths for this year. This unexpected silver lining serves to strengthen the argument for elephants needing space to roam freely without human interference and less land-intensive development.

January 13, 2019 bythemorninglk No Comments
Embracing the balancing act of being mothers, and owners of successful businesses; Annika and Saskia Fernando display exemplary qualities of individualism, independence and a strong work ethic.