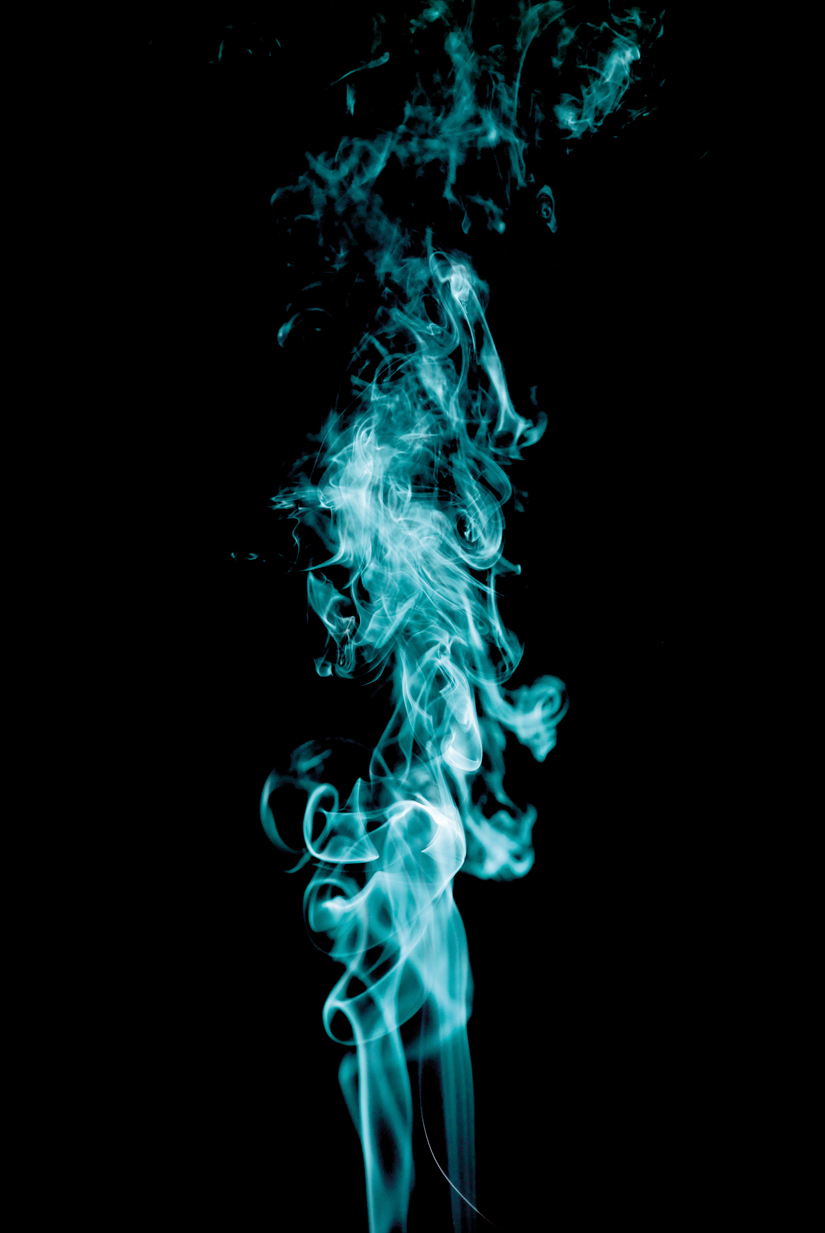 Over the past week, multiple drug-related arrests were made in the island, with several being made in Point Pedro.

The legislation that governs these arrests is the Poisons, Opium, and Dangerous Drugs (Amendment) Act No. 13 of 1984. Popular opinion is that the law is both far too lenient and far too strict at the same time. We will now delve into how.

According to data, out of the total prison population in the country, nearly 45% were arrested for narcotic-related offences (including users) in 2000, the largest single category, according to the Handbook of Drug Abuse Information published by the National Dangerous Drug Control Board (NDDCB) in 2002. The total number of persons arrested for drug-related offences between January and June 2015 was 8,570, according to research publications by the NDDCB.

In light of this data, arrests made with regard to similar offences, and the global discussion that is prevalent with regard to the legalisation of marijuana, a concern has now arisen on how resource allocation of law enforcement authorities should be done, especially when it comes to what is accepted as “minor offences”.

Allocating law enforcement personnel in an appropriate and equitable method in an environment of potential austerity is something that must be given some thought. The aggregate number of officers employed versus the tasks they are instructed to prioritise, and their outcomes, should be finely observed.

Crime refers to acts or omissions prohibited by the Penal Code of Sri Lanka and punishable by sanctions. As such, low-priority initiatives, which could include minor offences, should be the lowest enforcement priority for police officers. If police officers devote fewer resources towards minor crimes, then more resources will be available to deter and solve more serious crimes.

There is a need to preserve, and even enhance, their departments’ ability to respond immediately to emergencies while finding more efficient, and perhaps more effective, ways to respond to less urgent calls without disappointing the public in the process. The public will not insist on immediate responses to nonemergency calls if they are properly informed of what to expect instead.

Ensuring police resources are focused where they are most needed requires understanding the consequences of crime in relation to offenders, victims, and places. Most crime analyses are based on counts of crimes, but not all crimes are equivalent to one another.

Comparing crime severity and the law

Researchers have recently developed two methods – the Crime Harm Index and the Crime Severity Score – for weighting crime counts according to the severity of different crime types.

Focusing resources on the most important types of crime and in the areas most affected by crime, the two measures are found to produce substantially different results when other factors are held constant. The Index refers to a measure of police-reported crime that reflects the relative seriousness of individual offences and tracks changes in crime severity.

We spoke to Hambantota High Court Attorney-at-Law Chiranthaka Palugaswewa, who shared his experience in dealing with drug-related charges, and the impact it has on police resource allocation.

Palugaswewa shared that in practice, for cannabis matters, charges are often filed under Section 78(1) of the Poisons, Opium, and Dangerous Drugs (PODD) Act, which often leads to the offender having to pay a small fine amounting to around Rs. 5,000. He shared that even repeat offenders who are caught with possession are often released on fines (the amount receives a small mark-up of about Rs. 1,000 in this case). He shared that this is where the law is too lenient.

On the other hand, he shared that when charges are filed through Section 54A of the PODD Act, the legislation allows for the punishment of users via Section 78(1) and dealers via Section 54A. However, the question remains of whether that has been practiced.

If a suspect is arrested under Section 54A, then according to Section 83 of the same Act, save the provisions of the Release of Remand Prisoners Act, the Magistrate’s Court loses its power to grant bail, whereby the suspect has to seek bail from the High Court, and even if the sureties and petitioners push for him, the suspect would be remanded for nearly three months.

As a result, the suspect remains in remand custody for long periods of time without a trial. The environment within the prison could contribute to pushing the accused further down the wrong path as they would be exposed to past offenders and sometimes hardcore criminals, and in Palugaswewa’s view, this is where the law is too strict.

Therefore, while providing that “it is my contention that this position of law has improved the effect of cannabis as a gateway drug”, Palugaswewa suggests that it is wise to give power to the Magistrate’s Court to grant bail for all cannabis offences, and stated that if this is not done, ad hoc sentencing would continue.

As for the allocation of resources and efficient resource management, he added: “The Government has only a limited number of resources and while we are focusing on a drug that’s less harmful, something much worse than heroin is spreading throughout the streets of Colombo and other urban areas – methamphetamine, more commonly known in Sri Lanka as ‘ice’.”

Most importantly, the requirement to show special circumstances is not mandatory in obtaining bail.

This is in contrast to the above discussed situation, where it is not so easy to obtain bail for cannabis offences if filed under Section 54A of the PODD Act.

“While we should focus on combating the spread of ice, we keep looking the other way, while wasting important resources in law enforcement which should be dedicated to fight both heroin and methamphetamine use, which have far-reaching and detrimental effects on our society and youth,” he said.

We spoke to Senior Superintendent of Police (SSP) Colombo Sarath Premasiri on the resource allocation in local police offices. He shared that there is in fact a categorisation based on the severity of crimes into the categories of “crimes” and “minor offences”.

He clarified: “Crimes are murder, rape, child abuse, robbery, theft, breaking of trust, serious hurt, treason, committing of fraud, etc. There are 21 such crimes as provided for in the Penal Code. Minor offences are categorised as anything that costs less than Rs. 25,000.”

When asked about the nature of the law and how legislation may at times hinder the execution of due justice, he was of the opinion that legislative provisions can only do so much and that they, for the most part, do not pose any major obstacles.

SSP Premasiri also provided that cannabis is understood to be a drug that causes less damage in comparison to other drugs such as heroine, where if one is caught with it, it is not a bailable offence. And so when responding to offences regarding drug abuse, possession, and/or distribution, they will be treated in accordance to the respective priority level depending on seriousness.

In the context of legalisation of marijuana

While Sri Lanka is still looking at what steps to take with regard to punishments and arrests for cannabis possession, many countries have been taking steps to legalise it, and as such, give prominence to tackling violent crimes as opposed to making arrests related to cannabis.

In 2013, members of an American non-profit group Law Enforcement Against Prohibition (LEAP) provided that in the previous 10 years (2003-2013), the Police had made more than seven million arrests related to cannabis, a majority of that percentage (88%) for possession alone.

Former Seattle Chief of Police Norm Stamper is reported to have said that $ 3.6 billion was spent in the US in 2010 to enforce cannabis-related crimes which translates to a considerable amount of police time and resources wasted.

“Cops have limited resources, and spending them on marijuana arrests will inevitably divert them from other policing,” he said.

As for the current status of cannabis in Sri Lanka and looking at the non-criminal element of its uses, former Police Narcotics Bureau OIC Amarajith De Silva, in 2002, had stated: “When cannabis is found on anyone, the Police seizes it and hands it over to the courts. The percentage approved by the (Sri Lanka) Ayurvedic (Drugs) Corporation is allocated from the seized amount of ganja. This is handed over to the officials there. The balance is destroyed.”

However, in a statement made in 2017, Minister of Health, Nutrition, and Indigenous Medicine Dr. Rajitha Senaratne had said: “By the time our native doctors get this cannabis, it is about four to five years old and it has lost its effectiveness.” This prompted the 2018 announcement by the Government of the launch of cannabis plantations in the Anuradhapura and Polonnaruwa Districts, with Buddhist monks agreeing to the cause.

As such, in light of all the above presented data, regardless of the good and bad associations of cannabis as a drug, there is no doubt that it is contributing to the draining of resources when it comes to the allocation of law enforcement officials in enforcing legislation that is arguably harsh and requires amendment.

February 7, 2019 byRandev No Comments
All Blacks rugger star, Beauden Barrett is currently holidaying in Sri Lanka as part of his Honeymoon plans with wife Hannah Barrett.

February 3, 2019 bythemorninglk No Comments
Motherhood is a period of new beginnings. With their bodies changing to turn themselves into new homes for a new life, it’s no surprise that many mothers find it hard to adapt to their new role.