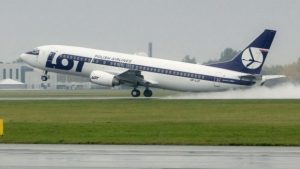 Starting from the winter season, LOT will fly from Warsaw to Sri Lanka with flights being operated seasonally, with three weekly flights between November 3rd and March 28th on its fleet of Boeing 787-9 Dreamliners, a press statement said.

With the new series of seasonal flights, Colombo becomes the sixth Asian long-haul destination in the network of Poland’s flag carrier and the first regular seasonal winter service opened for Polish tourists seeking an exotic winter vacation, the statement added. Tickets are now available for sale.

LOT’s Boeing 787-9 Dreamliner will fly between Warsaw and Colombo starting from the coming winter season with the first take-off scheduled for 3 November 2019. The flights will be operated until the 28th of March 2020 three times a week, according to the following schedule:

“We decided to start a regular connection to Sri Lanka due to the very high tourist potential of this direction. Annually, more than 1.8 million passengers travel between Europe and Colombo. Our convenient schedule guarantees passengers from all of the cities in Poland, Western Europe, Baltic States served by LOT, as well as from Prague, Zagreb or Budapest short travel time to Colombo with a convenient transfers via Warsaw Chopin Airport. Flights from Warsaw to Sri Lanka will take about 9 hours,” LOT Polish Airlines CEO, Rafał Milczarski said.

“I am glad that we can take another step today and announce the launch of the first regular long-haul service, which will be operated in the winter season for tourists from Warsaw and other European cities. It’s the shortest and most convenient way for them to get to the beautiful beaches of Sri Lanka,” Milczarski added.

The new connection will be operated using the most modern wide-bodied aircraft in the world – Boeing 787 Dreamliner. Each aircraft offers passengers the choice between three service classes, the LOT Business Class and LOT Premium Economy Class and LOT Economy Class.

The launch of the new connection between Warsaw and Colombo is part of the growth strategy that LOT has been implementing since the beginning of 2016, and most of its assumptions have been implemented by the Poland’s flag carrier ahead of time. LOT is constantly expanding its fleet. In December last year, the operator received subsequent new aircraft: additional four Embraer 190s (LOT already operates 34 Embraer aircraft of four types) also another Four more B787 Dreamliner will join the fleet by the end of this year growing its fleet to 15.

This year Poland’s flag carrier is expected to take on board 10 million passengers.

Tickets for a new LOT flight to Colombo are already available in all sales channels, including lot.com, LOT Contact Centre, LOT Travel offices and agents.

May 3, 2020 byCharindra No Comments
How can Sri Lanka's testing strategy be improved with the use of some basic economic principles?

June 25, 2019 bythemorninglk No Comments
The Commercial Bank of Ceylon PLC has extended the reach of its hybrid card functionality by partnering with JAT Holdings to introduce a loyalty debit card programme.