Loved for Eternity: Sri Lanka’s first lady of metal has a new music video coming out on 1 August

July 29, 2020 by Dimithri Wijesinghe No Comments

Shehara is a singer, extreme metal vocalist, songwriter, and also happens to be the first frontwoman to release a metal album in Sri Lanka.

She pursues her passion and composes and supports original music as a fulltime musician while also being a mom and freelance designer.

Since first stepping into the music industry as a solo artist, Shehara has performed at gigs, festivals, award ceremonies, corporate events, talent shows, and on live television, and has also been featured on many local radio stations; she’s released many singles independently as well as with other talented local musicians.

Since the release of her first single in 2011, “Broken Wings”, and the release of Sri Lanka’s first metal album by a female on 28 September 2019, Shehara has been composing original music for over a decade now. On 1 August, she will be releasing her latest track and brand new music video on her YouTube channel www.youtube.com/Shehara and on IGTV via instagram.com/sheharaherself.

We reached out to Shehara to discuss her new single, accompanying music video, and a little bit about what has been going on with her during the pandemic, in order to catch up on what Sri Lanka’s first commercial female metal vocalist has been up to. 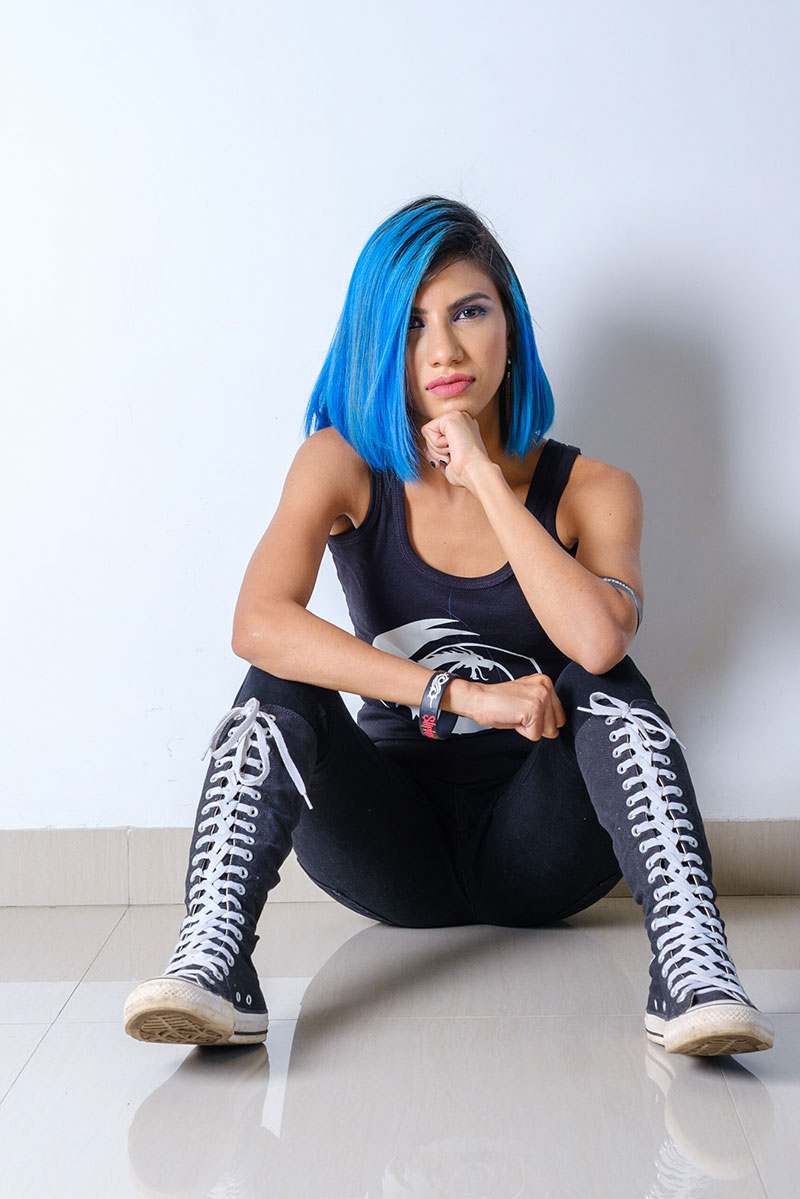 Your new track is set to be released in August. Can you tell us a little bit about it?

The official music video for Loved for Eternity will be released on 1 August 2020.

Loved for Eternity is the first gospel song I wrote and is included in my debut album “Fountain of Memory”, which was co-composed by Tennyson Napoleon and mixed and mastered by Azlan Shariffdeen and Izzy Wildchild.

It’s about how we face very challenging situations in life at various stages, even when we don’t expect it. Things can be great and all of a sudden turn completely around, bringing out the darkest parts of ourselves like fear, anger, and shame.

And those feelings can be overwhelming, and can chip away our sanity and make everything else around us fall apart (at least for me it does). I found that those moments that were trying and testing were really like crossroads. The situations were so tough that it pulled my mind and heart in two directions. It was a point where I would have given up on love, stopped caring about people and their feelings, become cold-hearted and done whatever I wanted with no empathy, fuelling myself with uncontrollable hate and rage, but somehow, through all that darkness and hurt, I saw a light that changed my life forever.

The words and melody just flowed and helped me realise love is everything and that if I keep loving unconditionally with the same kind of compassion and understanding I felt that day, nothing can go wrong.

So to be able to finally share this song accompanied by an official music video, with everyone, means a lot to me. It was recorded by Shameem Ismail, who did a fantastic job, and with the awesome help of my family and friends – a team my band is so blessed to have had the help of. We shot the video in the very garden I live, just about a month before the country went into lockdown due to Covid-19, and includes the whole band with Rewan Jayatilaka on rhythm guitar, Izzy Wildchild on lead guitar, Dimitri Cooray on bass, and Ash Lanthra on drums.

How has the pandemic affected you, your daily life, and how you work?

The pandemic was a little like a reassuring push in the right direction, to be honest. It helped me put a lot of things about family, work, and music into perspective.

Everyone in the band had different experiences, but we all worked around the setbacks of not being able to meet and practice, and having to postpone gigs, and really diverted our energy into doing more positive things.

Take Dimitri for instance, who started a series of Insta live sessions through his page to promote positivity, which really helps a lot of people. Ash is an awesome illustrator and graphic designer and he worked on some very cool new designs. Izzy and Rewan went full force into their guitars, learning, practicing, composing new material, and recording songs.

I launched “Shehara – Sri Lankan Music”, an e-store for Sri Lankan original music which is a platform for local solo artists and bands to make Rs. 105 from each track sold on the site. And in the meantime, I also worked on finalising this music video with Shameem.

You are predominantly an artist who performs in the metal genre. Why did you pick this genre and do you see yourself branching out to do other types of music?

Metal is the genre that helps me articulate how I feel though various vocal styles, aggression, harmony, and melody with no boundaries.

Now that we are hopefully seeing the final phases of the pandemic, and industries are soon to pick up, could you also share with us what it is like for independent artists to perform, become successful, or to make a living in the Lankan music scene, particularly as a female?

Being an independent artist requires patience, unwavering faith, and focus on the bigger picture. It takes hard work.

Thanks to social media and all the online platforms that exist today, it’s a lot easier to publically share music worldwide and connect with promoters locally and internationally.

Being a woman in the industry sure is a little more work in the sense that sometimes people either don’t take you seriously or don’t consider involving you in big plans, but I hope that changes. And even if it doesn’t, I don’t think we as women need to ever reduce the intensity of our passion. We just need to always put all our energy into making our dreams come true, not letting what society thinks or says hinder our plans.

And I’ve experienced that if we do this, everything always falls into place.

What’s next for Shehara? What’s in the cards for the future?

With the release of the music video for Loved for Eternity, we hope to reach more people and more listeners who’ve never heard of us before. I hope we’ll have the support of fans and promoters to really make the YouTube video successful and help us reach our goals!

We have another video for “Fidelity”, which will be released later, and also hopefully the commencement of the second album. There are also three music collaborations I’m a part of at the moment.

Finally, Shehara shared with us that while she may have been the first to pursue this route as a woman on this island, there are many others who are beginning to unapologetically express themselves through metal, and stated that she simply cannot wait to see what they have to share.

The Western Musicians’ Association: Strengthening the field from within

October 25, 2020 byCharindra No Comments
The entertainment industry has been one of the hardest hit by Covid-19.

Hilton Colombo celebrates the Year of the Rat!