January 14, 2019 by The Sunday Morning No Comments 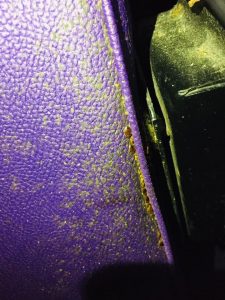 The Colombo Municipal Council (CMC) raided one of the cinemas at the Majestic City complex and found bugs on some of the seats.

The raid was conducted following a complaint made by a patron.

CMC said in a statement that health inspectors had conducted the raid on the advice of Colombo Mayor Rosy Senanayake.

CMC Chief Medical Officer Dr. Ruwan Wijayamuni and his staff were involved in the raid.

The CMC said that after the bugs were found an order was given to remove the carpets and seats to inspect the cinema further.

Instructions were also issued to shut down the cinema pending further investigations.

January 17, 2019 byRandev No Comments
Minister of Justice Thalatha Atukorale today announced that a second committee has been appointed to investigate the assault on a group of inmates at the Angunukolapelessa Prison.