– Govt. to proceed with JICA 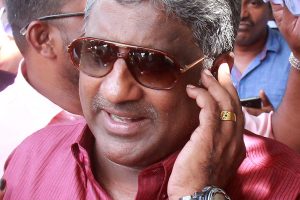 The construction of the long-delayed second terminal of the Bandaranaike International Airport (BIA) has taken a major leap forward with the project bidder agreeing to lower its initial quotation, The Sunday Morning Business learns.
This is a major breakthrough in the project which had been delayed since 2016 due to the original quotations submitted by two Japanese contractors being significantly higher than the local engineers’ estimate.
As the loan provider for the project was the Japan International Co-operation Agency (JICA), the loan was conditional on the project being offered to a Japanese contractor. Therefore, the continued refusal of JICA and the two bidders to negotiate the original quotations had resulted in a nearly four-year-long deadlock.
However, following multiple discussions held between the Sri Lankan Government and JICA, the lowest bidder agreed to reduce their earlier quoted price, Minister of Tourism and Aviation Prasanna Ranatunga told The Sunday Morning Business last week.
Ranatunga said that the relevant proposal has been submitted for Cabinet approval in order to proceed with JICA as the fund provider of the terminal.
“They have agreed to reduce the price. I have forwarded the proposal to the Cabinet,” he stated.
Ministry Secretary S.M. Mohamed told us that the submitted Cabinet paper is yet to receive Cabinet approval and refused to disclose further details, including the negotiated quotation.

Urgent need
The need for a second terminal arose due to the existing terminal being ill-equipped to cater to the increasing number of tourist arrivals into the country. The BIA has more than 170 aircraft movements per day, including an average of more than 60 movements of heavy aircraft per day. The existing six million-passenger terminal handled 10 million passengers in 2018, resulting in hours of delays, particularly as passengers were trying to collect their baggage.
According to the annual reports of Airport and Aviation Services (Sri Lanka) Ltd. (AASL), the airport experiences heavy congestion in both arrival and departure zones, as well as vehicular traffic, particularly during peak hours, and passenger arrivals grow 5-6% year-on-year.
Therefore, the then Government selected JICA as the fund provider for the second terminal at BIA. The loan agreement of Rs. 56 billion was signed almost four years ago on 24 March 2016 between AASL and JICA. In the same year, bids were called from Japanese contractors for the terminal project.
The bids received were 46% and 96% higher than the engineers’ estimates. However, neither JICA nor the bidders were willing to drop the condition of allowing only Japanese contractors to bid, or to renegotiate the prices.
The second terminal was initially scheduled to come into operation by 2020 but these delays driven by the aforementioned issues led the Sri Lankan Government to plan for an interim terminal until the bidding issues were resolved. Subsequently, bids for the $ 19 million interim terminal were called in November 2017.
Nevertheless, as exclusively reported by The Sunday Morning Business on 1 March 2019 under the headline “Interim Terminal at BIA abandoned”, the project was abandoned due to a protracted legal battle between one bidder and the procurement committee.

Second wind
Due to the failure in implementing this backup plan, the Government returned to its initial plan of a fully fledged second terminal, following the 2019 presidential election. As exclusively reported by The Sunday Morning Business on 12 January under the headline “Govt. gets tough with Japan on new BIA terminal”, Minister Ranatunga gave a timeline for JICA either to relax its conditions or to bring down the prices of its bidders until 15 January. This was following a discussion with the Embassy of Japan in Sri Lanka.
Ranatunga said that in case of a failure by JICA to bring down the quoted prices of its contractors before the deadline, the Sri Lankan Government would cancel the loan agreement. However, the Minister indicated that the Government would still prefer to proceed with JICA as significant time and effort has been invested into this project on the understanding that the funding would come from JICA. A change at this stage would push back the timelines considerably, further intensifying the issues around congestion and lack of facilities at BIA.
The timeline was later extended as the negotiations were still ongoing. However, Ranatunga confirmed to us on Wednesday (5) that JICA had now agreed to reduce the original quotation.
The new terminal is expected to handle a passenger capacity of nine million as initially planned, bringing the BIA’s total passenger capacity to 15 million.
The new terminal building would feature 96 check-in counters, eight baggage claim belts, seven baggage make-up carousels, 16 contact boarding gates with 28 passenger boarding bridges, and six bus gates. The scope also includes capacity enhancement of the incinerator, water treatment plant, and sewerage treatment plant.

JICA
The loan agreement is JICA’s 45th loan package to Sri Lanka. JICA is the executing agency for Official Development Assistance (ODA) of the Government of Japan, and is one of the largest contributors for developmental assistance in Sri Lanka.
The project would be developed based on the concept of eco-airports with the utilisation of Japanese advanced technology and knowhow. In order to promote technology transfer and economic co-operation between Sri Lanka and Japan, JICA’s loan is provided under the Special Terms for Economic Partnership (STEP), with 0.1% p.a. interest and a 40-year repayment period.

September 12, 2018 byCharindra No Comments
PM Wickremesinghe has rubbished claims that Sri Lanka is among Asia's most vulnerable to emerging market volatility, saying it is building long term financial stability by diversifying its exports.

July 8, 2019 bythemorninglk No Comments
Despite the economic disruption caused by the Easter Sunday attacks, Sri Lanka’s equity and bond markets have seen less foreign outflow in the first half of 2019 compared with the outflows for 2018.