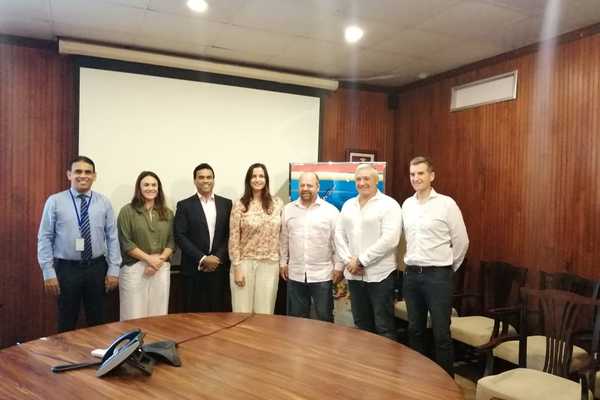 During a media roundtable on Friday, TripADeal Co-Founder Norm Black stated that the current direct flight from Melbourne is mostly used by Sri Lankan expats residing in Australia. He further explained that most of Australia’s outbound tourists come from Sydney.

“The most number of travelling tourists in Australia depart from Sydney – it’s where the ‘numbers’ are. I can assure you, if you open flights to Sydney, you’ll double your current growth numbers.”
The TripADeal executive team met with SriLankan Airlines’ officials to make this proposal after the media event.

Speaking to The Sunday Morning Business two weeks ago, SriLankan Airlines CEO Vipula Gunatilleka said that while plans were underway to commence direct flights to Sydney, they were postponed following the Easter Sunday attacks and that it would only be started in the latter part of 2020.

It remains to be seen if this timeline will be brought forward following discussions with TripADeal and its encouragement.

TripADeal said it is confident that with the right air connectivity, they’ll be able to generate around 20,000 clients as a single tour operator. Last year, the tour agency managed to generate around 5,500 clients – the highest number of Australian tourists brought in by a tour operator. The company had hopes of increasing it to 10,000 in 2019, prior to the Easter Sunday attacks. TripADeal has been generating clients to Sri Lanka for the past three years and has spent over a million dollars in promoting Sri Lanka in the last 12 months.

Black explained that there are around five million Australian outbound tourists entering Asia annually, and Sri Lanka can easily attract around 5% of that market, bringing in around 250,000 tourists to the country.

While the growth rate of the Australian market is high, Sri Lanka only managed to attract 138,000 tourists last year.

“The Australia market is strategically very important to Sri Lankan tourism, with a higher rate of growth than the average growth recorded. Last year, our average growth was 10.2%, but from Australia, we had a growth of around 30% or more. So, it is a high-potential market and we as Sri Lanka Tourism should do what it takes to grow that market,” said Sri Lanka Tourism Promotion Bureau (SLTPB) Chairman Kishu Gomes.

The Australian tourist market has shown a faster recovery rate than the rest following the Easter attacks. Australia climbed to second place on the monthly list of Sri Lanka’s top tourism source markets for the first time in June, a culmination of two months of increasing interest in the island from Australian travellers.

This rise in the ranking was aided by the sharp drop in arrival figures from Sri Lanka’s traditional markets such as the UK, China, and Germany following the Easter attacks, along with a less-than-feared impact from it on Australian tourism sentiment.

January 27, 2020 bythemorninglk No Comments
To create a healthy accounting profession and have the greatest economic impact, he believes in the need to upskill the current members of CA Sri Lanka who are already in the market.