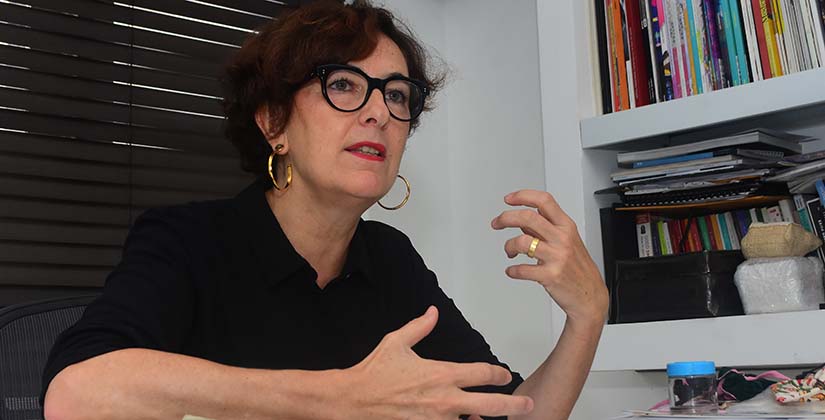 One look at her beaming face makes one believe one never looked better at hitting 60! Born and bred in Brussels, Belgium, Fabienne Francotte is a self- taught artist. The Sunday Morning Brunch conversed wit her this week in light of her upcoming exhibition to be held on 20 June at the Saskia Fernando Gallery. Prior to this, she studied ballet at the Danse Conservatoire of Brussels, directed by Maurice Béjart, and later excelled in advertising and marketing as she worked for Wall Street Journal, Europe. She fluently speaks French, Dutch, English, and Spanish and was also a language teacher at École Nos Enfants et École Active, Brussels from 1996 to 2016.

How and when did art become part of your life?

When I was 42. I think it was a big change in my life, because it was a difficult stage. Basically, I’ve never been to an academy and I have never studied art. I studied calligraphy writing text. I went onwards with collages first, abstract drawings, and then I went to bodies (anatomy). Then I focused on identity – who we are – so it was also mostly intellectual. 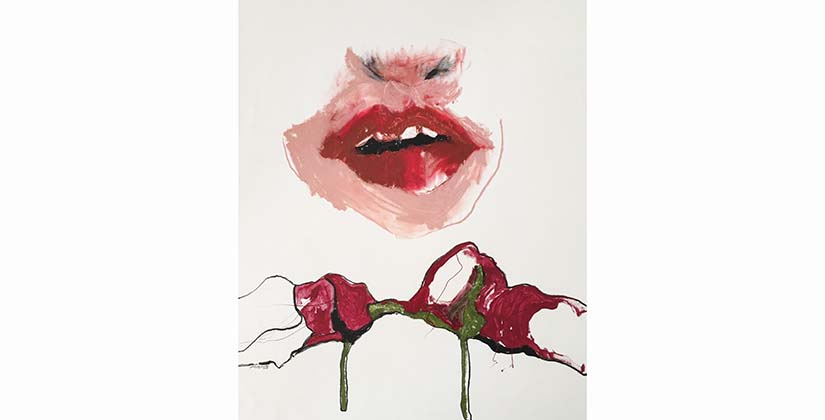 How would you categorise your art?

No, I don’t think I can. Because there is a bit of expressionism and at the same time, it’s like free expression; I don’t belong to any school. In fact, I experiment.
When I start drawing, I do not know what I am going to draw. An hour into the drawing I know if the magic is there or not. Even if people don’t understand what’s on the canvas, they can feel it within them. I was born in the late 50s where we were taught that the world was an open box and it was nice to meet others, to make love not war.

What mediums do you use?

Usually, I use more paper than canvas, but this exhibition is on canvas. I don’t use brushes, I use oil bars – it’s a big stick – but they don’t sell it in Sri Lanka. These are professional ones that are really oily. So I use them with my fingers and the heat they create. I also use pencil. 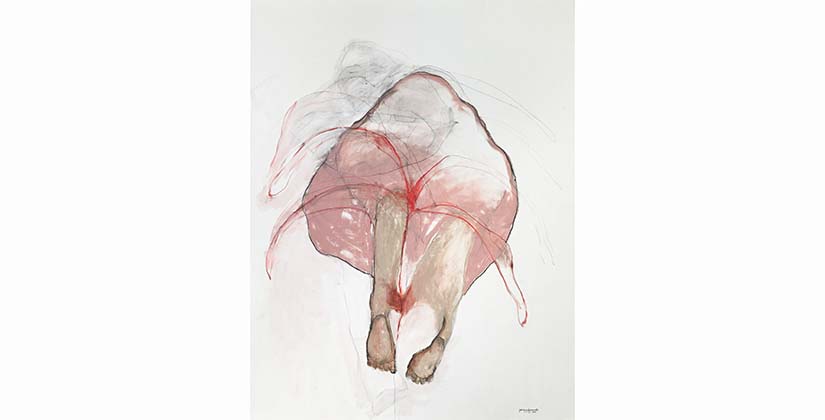 You have been living here for nearly three years now. What are your thoughts on Sri Lanka?

There is magic here; it’s like it’s linked to the world and the very essence of humanity, but at the same time, it’s a very complicated country. I’m not sure whether I’m right or whether I get the right picture. It’s dense – there are intensities of religion, race, and communities – altogether that isn’t easy to understand, but the magic is all there.

Tell us about your volunteer work and what you hope to achieve through it.

In Sri Lanka, I serve as a volunteer at the National Institute of Mental Health, Angoda. I had organised many workshops in Belgium, and I was also invited to organise workshops at the Galle Literary Festival, about drawing faces. I also went once every month over two years to the Siviraja Development Centre in Mahawewa (deaf and blind school).
I hope to share what I can do. When you share drawings on a human level, it’s like you have empathy for people, which is mainly the engine of what I’m doing. 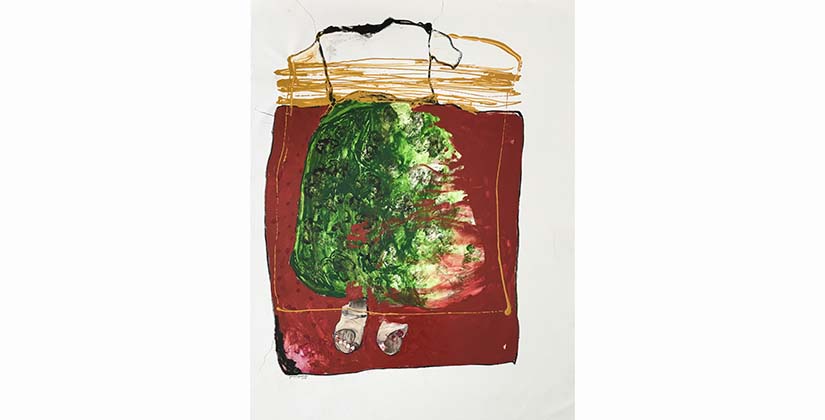 What was your inspiration behind the exhibition to be taking place next month?

I was invited to visit Bangladesh and also to organise workshops in refugee camps.
Then, in November, I went to the Rohingya camps to draw. I drew for an exhibition in Dhaka, which we did it in March. We were then attacked, and that resulted in all this pain. So I decided to translate all this pain and trauma inside these bodies.
We all have a responsibility and we just need to question it. If we could be less convinced of what we are doing is right, and just go back to being human, it would be much easier.

May 3, 2020 byJennifer No Comments
With Covid-19 putting a pause on the exalted fashion industry, Selyn, one of Sri Lanka’s top handicraft retail brands, was posed with a challenging choice of either laying off their employees and star

March 5, 2019 bythemorninglk No Comments
Arugam Bay has a season to surf is a misconstrued idea long believed by locals and visitors alike. If I am to ask, how many of us Sri Lankans really surf?