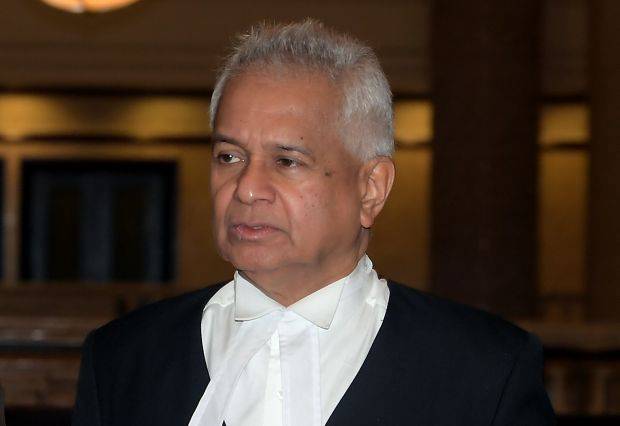 February 21, 2020 by Jennifer Anandanayagam No Comments

The Attorney General’s Chambers (AGC) in Malaysia has decided to drop all charges against 12 people who were accused of supporting the Liberation Tigers of Tamil Eelam (LTTE), the Malaysian media has reported.

Attorney General Tan Sri Tommy Thomas said there were compelling reasons not to pursue charges against the accused, foremost of which was that “there is no realistic prospect of conviction” against any of them for the 34 charges they were facing, the New Straits Times has reported.

“Accordingly, in the exercise of my discretion pursuant to Article 145(3) of the Federal Constitution, I have decided to discontinue proceedings against them with immediate effect,” he has said in a lengthy statement today.

Thomas has said it was commonplace for people to have idols to which hero worship is displayed.

“It is not just pop stars, sportsmen or actors who are admired; historical personalities and politicians too are often the subject of adoration. Thus, millions of people across the globe admire Lenin, Stalin, Mao Tse Tung or Che Guevara, and the like.

“Having their photos and other representations in one’s mobile phone or on a Facebook account does not transform one to being a terrorist.

“Just because each of these leaders used terror or violence to achieve their political goals does not mean that an ardent supporter online should be regarded as a terrorist or is planning a terrorist act,” he has said.

Thomas has said this was the exact common theme of all the 12 LTTE accused where each of them had in his mobile phone or Facebook account photos of slain LTTE leader V. Prabhakaran and other leaders of the terrorist organisation killed during the Civil War in Sri Lanka.

Thomas has observed that if such conduct was constituted as a criminal offence, it would bring the law into disrepute.

“But even if there were elements of a ‘terrorist act’ on the part of all or any of the 12 LTTE accused by possessing, distributing or displaying such photos or Prabhakaran, it would be impossible for the prosecution to establish that they do not fall within the excluded category of Section 130B(4) of the Penal Code in that they merely constitute ‘advocacy, protest or dissent’,” he has said.

It was reported that the 12 were charged on Oct 29, 2019 with supporting the LTTE. All of them have since been held in detention under the Security Offences (Special Measures) Act 2012 (SOSMA), and will face trials in the coming months.

July 24, 2020 byTSM Web Desk No Comments
A gazette notification has been issued by the Consumer Affairs Authority (CAA) banning the use of paddy and rice for the production of animal feed.

December 12, 2018 byMalik No Comments
The Court of Appeal has decided to hear the case against Mahinda Rajapaksa holding office as the Prime Minister on January 16, 17 and 18, 2019.