Mali is coming back for alms-giving!

Sri Lanka’s key bowler in the ongoing World Cup, Lasith Malinga, who returned to England, after attending his mother-in-law’s funeral last week in Colombo, just 12 hours before their match against Australia last Saturday (15 June) at the Oval, was taking a flight back home, sources in London said on Sunday, 16 June. 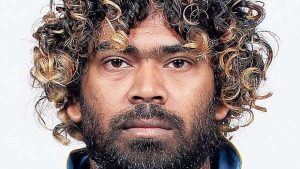 Now he is coming back to Sri Lanka to attend the alms-giving of his mother-in-law. He had been taking wings a mere three hours after the game against Australia which Sri Lanka lost by 87 runs on Saturday.

Malinga had thus spent barely 24 hours in London before heading back home for the family matter.

He is scheduled to return to England on Wednesday, 19 June, two days prior to their decisive game against hosts England, to be held in Leeds on Friday, 21 June.

He will therefore is likely to miss vital training sessions and team meetings ahead of the match.

Sri Lanka having won only one match, against Afghanistan, out of the five matches they have played so far in the World Cup are to face hosts England, South Africa, West Indies, and the so far unbeaten India in their four remaining games.

Sri Lanka are currently holding fifth place, out of the ten participating countries, in the points table. Yet, two of the game they’ve played, against Pakistan and Bangladesh, were washed off giving them two points.

January 9, 2020 byRevatha No Comments
Left-handed batsman Nipun Dhananjaya, who had also featured in the ICC U-19 Cricket World Cup 2018 in New Zealand, will lead Sri Lanka in the tournament’s 13th edition, beginning on 17 January in SA