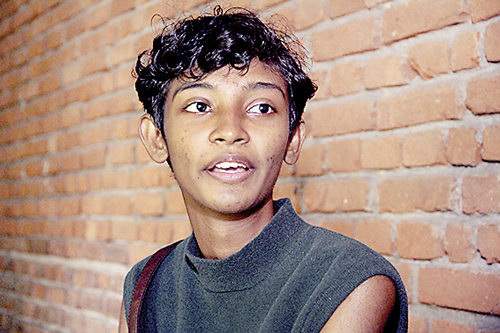 This week, Voices for Equality spoke to a vlogger duo better known as The Lesketeers. The social media handle is active on YouTube, Facebook, Twitter, and Instagram and is dedicated to being the voice for young LGBTQIA persons. Aloka Wijesinghe and Chameli Karunathilake are the faces of The Lesketeers, and since Chameli is currently overseas reading for her degree in film, we sat down with Aloka for a conversation about how they are overcoming many obstacles as a young lesbian couple. We were also able to get in touch with Chameli later on to gather her input.
Aloka and Chameli met each other just 11 months ago. “We started dating each other right away, and initially, our parents thought we were best friends, but I had to explain to them that Chameli was my girlfriend. They were quite confused and when we posted our pictures on social media, my mom said to take them down, as it was not normal. I then questioned her as to why it was normal for two guys to post their pictures, but it is considered weird for two girls to post pictures together,” Aloka informed.

Chameli recollected how the two met through a mutual friend. “We wanted to start a vlog and Aloka moved in to my place. Initially, I had to convince my parents that she was a friend and since her house was under construction, she wanted a place to stay until she finished her studies. If they knew that we were in a relationship, they would have never allowed me to bring Aloka home.”
Being open about her sexual orientation to her classmates, she was subjected to bullying, which had caused a lot of trauma. They (bullies) had forced Aloka to be in a straight relationship and to like males, she revealed. “People will accept you if you’re straight and will not see you as a freak. But all that bullying got to me at one point; I was distancing myself from the crowd and tried to inflict self-harm and put an end to it. As a result, my grades too dropped.”

Meeting Chameli sure changed Aloka’s life and Chameli agrees that meeting Aloka was a turning point in her life as well. “I was going through a difficult time in my life and I felt like my life was worthless. Then I met Aloka, and finally, my life had meaning to it and everything fell into place. She helped me regain confidence in life and helped me focus better on what I should achieve in life.”

Aloka is of the view that people hate something foreign to them because they are less knowledgeable about certain things. “If we could educate people about what homosexuality is and actually describe how that’s a normal thing, and not some crazy mythical curse to a family, maybe they’ll get the idea. And in the future, bullying and suicide attempts will also reduce to some level because most often, attempts at suicide are higher in LGBT youths.” 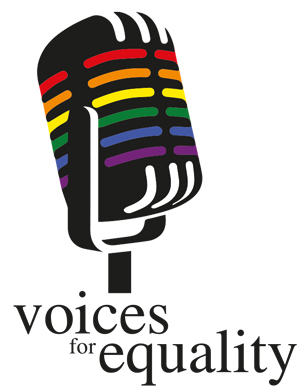 When we inquired about how challenging coming out to her parents was, Aloka insisted that it was no easy feat. “My mother used to hate and was disgusted by lesbians. She too thought that such people are dealing with some mental illness. However, I patiently shared my knowledge with her to make her understand that LGBTQIA persons are normal people. In fact, I had to come out several times and she had to adapt to the reality that I was a lesbian and I had a girlfriend.”

Chameli had the help of her younger sibling when eased her parents into knowing about their relationship. “I asked my sister to explain it to my parents and asked her to tell them that this is normal. My parents then contacted Aloka’s mom, who was working overseas at the time, and inquired about Aloka and her connection with me. But as Aloka stated, it was with great difficulty that we had to explain that we are a lesbian couple who love each other and that it is as natural as two straight persons being in love.” 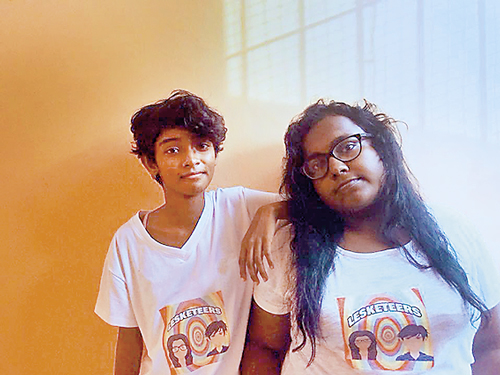 Aloka further stated that not many parents are supportive towards LGBTQIA persons and once they realise that one of their children are LGBTQIA, they start blaming, hurting, and even abusing them. “People need to be more educated about the LGBTQIA community; we are all humans and are born the same way. We are just like you with hearts full of love, wanting our rights just like you have yours. People certainly should not be afraid of us or treat us differently because our identities are part of a bigger gender and sexual spectrum.”

Aloka and Chameli look up to Hash and Manga and draw inspiration from their relationship. “They have made their mark as a lesbian couple and they are the best couple goal we could set forth. Our message to the LGBTQIA youth in Sri Lanka is that they need not look up to any celebrities or foreign LGBTQIA persons for inspiration. We already have many successful LGBTQIA personalities who are not only an inspiration to the community, but also for broader society.”

Aloka and Chameli are brave young women who have become comfortable about their sexuality and are not afraid to express it. The two vlog, blog, write poems, and draw comics that tell a story of the struggle that any LGBTQIA youth undergoes in Sri Lanka. They hope to continue their online activism by giving a voice to those in the community facing difficulties. They also aspire to be a positive influence on people who live in the closet, helping them gain confidence when they need to come out as LGBTQIA persons.

www.historyofceylontea.com: A tribute to both the brew and the industry

June 7, 2020 byJennifer Anandanayagam No Comments
The Dilmah “History of Ceylon Tea” website is a matchless platform for a unique story, from mythical beginnings to the present day.