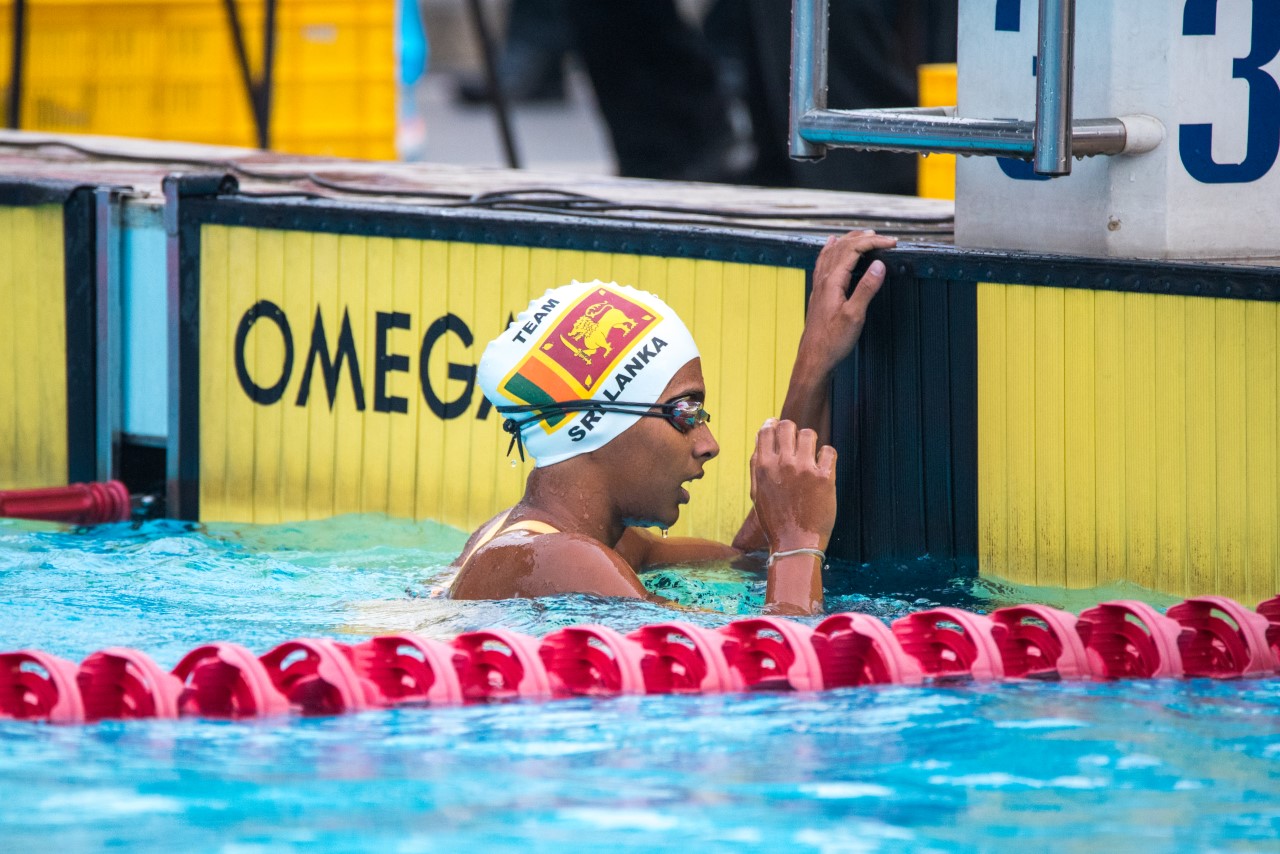 As I mention often, Happinez is always on the lookout for people with amazing stories to share. Last week, I had the pleasure of sitting down with a remarkable young girl, 18-year-old Thimali Bandara. She is currently on a gap year in which she has been travelling with her friends, learning various new things, and is planning to head to Yale-NUS College, Singapore shortly to study economics.

“I’ve always been interested in charity and helping people; it sounds very noble when you say it, but it really isn’t. I feel like if you are in a position to help people, it is your responsibility to help them,” said Thimali. Thimali went to school in Dubai and then Phuket, and finally right here in our little island up until Ordinary Level (O/L). She then received a scholarship to United World Colleges (UWC) where she pursued her academics. She is also an avid swimmer and has competed in championships for Sri Lanka. Thimali hopes to move into policymaking and believes it is the quickest way to change things (and I 100% agree with her).

“I am at this stage in life where I can do anything – I can get into anything. When I was younger, I thought being at this stage in life where you have to think about your future would be like a burden, but it’s not; it’s very exhilarating to have all these different things. So I am trying things that I never planned, being spontaneous. That was one of the things I wanted to do in my gap year. I had a few friends come here, and we took them on road trips and then I went to the Netherlands,” she shared.

The reason Thimali and I met was to discuss her book. As soon as I saw it, I instantly loved it because it is one of those beautiful and large coffee table books, and that was just the outer part of it! As Thimali received her hot mocha latte, we began discussing her journey with the book and how she got to publish it along with the stories of her gap year.

“I was always interested in language – the power it has to change things not only in literature, but even in economics and politics. Language plays a huge role. It probably stems from my parents reading bedtime stories to me, which is probably how it started. I did an internship at Derana for a show called World News and helped write the scripts and hosted it once. When coronavirus happened, I was at home bored and I was thinking about life during this whole gap year. I kept going back to my childhood and it was a very carefree time in my life,” Thimali reminisced.

As we spoke about her gap year, I could not help but go through her book. It began with a story of her grandmother’s house and then moved into several recipes she and her family used to make. The first one was a crab curry recipe and I got most excited for that. It truly is a classic dish! Thimali was telling me how the editor of the book had to take a break to eat every time because the pictures were just amazing. I mean, I was hungry as soon as I opened the book. “I wanted a break from swimming and academics, which is why I took a gap year. I had dengue – it was horrible. But I worked with Sarvodya; I helped with research into sustainable tourism in Sri Lanka, so as to see how people could do homestays instead of hotels and then transfer the money to people who actually need it. After that I worked at Derana, then McDonalds for the experience, and then I did the book!”

The book Seasoned In Sri Lanka began when her parents made crab curry at home and she thought it was really nice but not as good as her grandmother’s crab curry. Her parents called up her grandma and she had patiently listened to her grandma explain to her mom how to make roasted curry powder, which she had missed in the dish. “I was thinking, a big part of my childhood was related to food. I spend a lot of time with my family because my mom has a pretty big family. The thing that brought the family together was food – it was always achchi calling us for dinner. So then, it just popped into my head.”

The book is full of family recipes, and you guys, let me tell you – YOU NEED THIS BOOK! It is such a beautiful collection of food and the pictures just get to me. “It was about giving a story to the food,” Thimali added. Fun fact: All the photos were taken by Thimali. She got into photography as well during her gap year. All the photos were of the food her parents had made at home. “I just learnt photography, so it wasn’t perfect and my parents would have to cook and recook. It was a whole project. I would text all of my family and ask if they were cooking anything I could take photos of!”

I proceeded to ask Thimali why she took a gap year; as someone who took one myself, I did not know many people who have taken the same path. She answered, saying: “I feel like my life was always very planned with academics and swimming. That took up my entire day – my schedule would be to wake up at 4:30 a.m., go and swim till 7:30 a.m., go to school, swim again at 3:30 p.m. right after school for three hours, and then go back home and do homework.”

She explained how she decided to be spontaneous and just do whatever comes her way! We continued to discuss the concept of a gap year in our culture and the thoughts surrounding it. “I feel like it is really tied into what I wanted to do because I am going to give all the profits to a new charity called Educate A Child in Sri Lanka. There are so many opportunities for the little things, and this is just one of those moments.”

Another major part of Thimali’s life is travel. We then discussed what her favourite places are and what her experiences were like. “I actually hate airplanes and airports. When I was young, I didn’t like travelling because it made me feel uprooted because I loved all these places and I wanted to live everywhere. Then it made me feel like I didn’t know where I belonged. But now, having met people from all different cultures, I embrace it because I feel like I belong everywhere – it’s all these places I connect with.”

Thimali didn’t get to travel a lot when she was seriously swimming, but she did get to travel for swimming. So it was definitely tied in with everything! She also loves travelling around Sri Lanka as it makes her feel like she “understands more about the culture”. I asked her what her favourite place to go in Sri Lanka was, to which she responded: “I feel like it’s about the people and the feeling; I would say even walking around Colombo seeing all the cute little shops and tea stores would be it. It really depends on who you travel with. Even when travelling to other countries, I always love travelling to places where I have friends or where I know stories because it makes me feel more connected.”
A common theme throughout our conversation was storytelling and experiences – it all ties in and comes right back to the book! Definitely check her book out when it is out. Thimali finally shared that she loves to talk to everyone, from people on the street to anyone else as well. “I feel like learning their stories is a way to experience life…you are almost living all these different lives.”

Understanding and managing health anxiety during a pandemic

November 22, 2020 byPavani Jayasinghe Munagamage No Comments
You notice your throat has been scratchy for the past two days. You are tired most of the time. When you go to bed at the end of the day, you notice the aches and pain in various parts of your body. Y

Food for thought : Role of nutrition in our mental health

June 28, 2020 byPavani Jayasinghe Munagamage No Comments
You’re spending your Sunday on your couch, snacking on crisps while treating yourself to a movie marathon. Shall we pause for a second? Try and list down all the food items included in the full meals