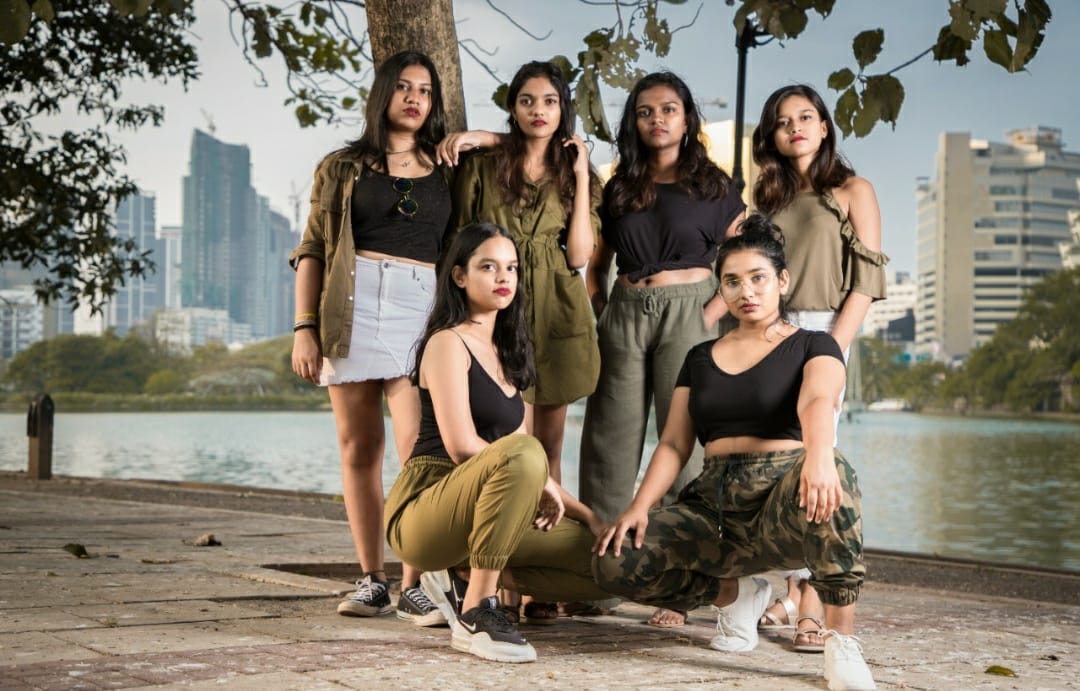 By Mahika Panditha
Music is such a crucial part of life and it is one of the best things to bring people together, to
make memories, and so on. I have heard people connect different songs with different
memories for the absolute longest time, it just goes to show that each song and each lyric can
have a different meaning to every different person – that is how diverse and special it is. Just as
special as our cover story today, your new favorite girl group – Voiced Out. Consisting of six
magnificently talented and beautiful women. Here is a little bit about them all before we get
into it!

Kiara Wimaladasa who is currently pursuing her degree in data science and business analytics!
She aims to reduce poverty as much as possible, and for Voiced Out to be as successful as they
can be! Other than that, she also hopes to be a certified scuba diver as she loves the ocean and
travelling. A fun fact about Kiara is that she is constantly hungry and she can also sleep
anywhere, through anything! (I can relate!)

Ayushi Alujjage is currently studying IT at Deakin University. Her passions include music and
photography, and a guilty pleasure of hers is Formula1 for which she blames quarantine, haha!
Ayushi hopes to do something related to IT later in the future and also live in a big city.

Eshani Pathmeperuma who is on a creative hiatus whilst she prepares to enroll in the
University of Performing Arts hopes to become a successful performing artist whilst
simultaneously helping underprivileged children navigate their way through music.

Aleska Anton, like Kiara is currently doing her degree in data science and business analytics. Her
goal in life is to be happy and successful in whatever she does, but apart from that – she would
like to be a part of a play and work for Naadhagama one day!

Janice De Costa is studying economics and management at the moment. Her passions include
singing, acting and doing musical theater! Her guilty pleasure is cake (same, I love cake) and she
hopes to join the UN one day.
Kaveesha Joanne Samarajeewa just graduated from Gateway College Colombo! Her passion is
to do anything involving performing arts and later on become a successful Hollywood actress,
and also be successful at anything she puts her mind to.

1) What a beautiful group, and what amazing voices you all have! How did you each start
singing?
Eshani was just 3 when she took up oriental music under the wing of Mr. Edward Jayakody and
later pursued western classical music. Kaveesha joined Ashanthi’s School of Music at the age of
8, and Ayushi joined the Soul Sounds Academy at the age of 8 as well. Aleska, Kiara and Janice
started off in the primary school choir. All of us eventually joined the senior choir at school.
Holy Family Convent Bambalapitiya truly had a substantial impact in directing us towards our
interest in music!
2) How did Voiced Out come about? What’s the story behind your group and name?
Although each of us were invested in music we never really had the intent to form a group. But
like the saying goes , the best things in life happen unexpectedly! In the former half of our A/L
years (mid 2018), we came across an audition for a competition called Euphoria and we decided
to try our luck with it. Most groups usually have meticulously thought out reason or a backstory
of some sort to their name , but ours is a simple story:) ‘Voiced Out’ was proposed by Kaveesha,
and since there weren’t any objections by anyone and cause it did have a nice ring to it, the
name stuck! However the title was inspired by how we are ‘voiced out’ after every performance
because we always give it our all!
3) What is your favorite type of music?
We can’t really specify one genre of music as a favorite. If we had to pick one word to describe
our approach towards music it would be ‘experimental’. If you never try you’ll never know! The
goal is to expand the limits of what we already know, but having said that pop, country and
gospel music are the most frequently sung genres of music.

4) What has been your favorite memory as a group so far?
When you’ve been together for so long it becomes hard to have one exact answer to that
question, but we’ll boil it down to one. Even though we qualified to the semifinals of Euphoria,
there were many loopholes in our performance and the judges had a lot of constructive
criticism to offer. At the semifinals the judges told us that we had made great progress and
encouraged us to never give up! More than the sense of qualifying it was the newfound hope
that separated this memory from the rest. It was the beginning of hope, and it was the
beginning of every memory that followed.
5) Where is your dream performance location?
Madison Square Garden is the dream!!!
6) What do you each hope to accomplish in the next few years in regards to your own lives
and Voiced Out?
All of us really have just one wish for Voiced Out. That in the next few years we release more
covers, get closer as a family while our follower base grows! And that we continue to learn and

grow every day, broadening our horizons. We also hope we get to do multiple collaborations
and really make our mark in the Sri Lankan music industry and to spread a little love while we
are at it.

7) Anyone or any people in specific you guys would like to collaborate with?
That’s a tough one. We’re still at the outset of our musical career and we’d always be humbled
to collaborate with those who have refined the art of music. It’s hard to choose but we’ll name
a few off the top of our heads – Ridma Weerawardena , Sanuka Wickramasinghe, the Singing
Potatoes, Umaria Singhawanse and BnS would definitely make it to the long list that includes
many other artists that we haven’t mentioned here.

June 28, 2020 byPavani Jayasinghe Munagamage No Comments
Hey guys, happy Sunday! As you know, the hot days and the heat are BACK ! And even though there is still no vaccine for Covid-19, the lockdown has been slightly eased, allowing you to move around and

November 8, 2020 byPavani Jayasinghe Munagamage No Comments
So your work-from-home (WFH) day is not going well. You wake up late, skimp on breakfast, and carry a cup of coffee to your work table. Before you know it, it’s already 11 a.m. and you haven’t complet