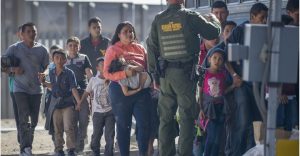 Mexico has deployed 6,000 members of its National Guard on its border with Guatemala in an attempt to stem the flow of migrants heading to the US.

Mexico’s Foreign Minister Marcelo Ebrard is in Washington trying to stop the US from placing trade tariffs on Mexican goods over illegal migration.

US President Donald Trump has vowed to enact import duties of 5% on Monday if no agreement is reached.

On Wednesday, he said “not nearly enough” progress was being made.

After the latest talks on Thursday, Ebrard said he was “an optimistic man.”

He said forces would be stationed on Mexico’s southern border with Guatemala to prevent migrants entering the country.

“We have explained that there are 6,000 men and that they will be deployed there,” he said, adding that talks would continue Friday. (BBC)

May 24, 2019 byRandev No Comments
The US justice department has filed 17 new charges against Wikileaks co-founder Julian Assange, who is facing extradition from the UK.