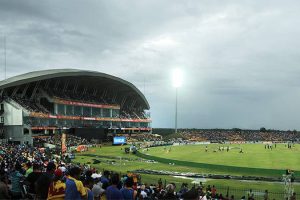 Minister of Sports Dullus Alahapperuma has directed Sri Lanka Cricket to probe into the assault incident that took place at the Sooriyawewa International Cricket Stadium yesterday.

A large crowd of cricket fans were reportedly assaulted yesterday at the entrance of the Sooriyawewa International Stadium during the second ODI between Sri Lanka and West Indies.

Alahapperuma ordered the Secretary to the Ministry of Sports and the SLC administration to carry out an immediate inquiry on the incident and submit a report to him.

The minister has also apologized to all cricket fans with regard to the situation.

February 28, 2020 byTSM Web Desk No Comments
The Kelaniya University has suspended 25 students who have been allegedly involved in removing CCTV cameras in the premises of the university.