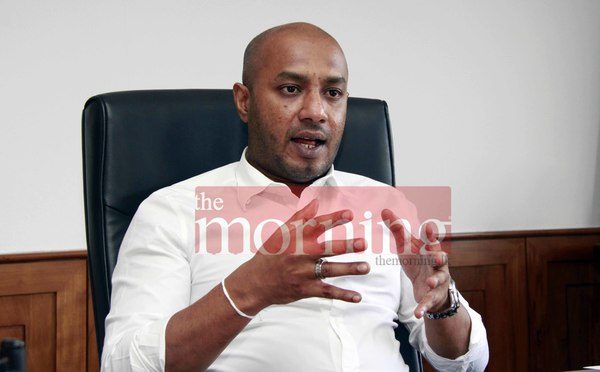 Disaster Management, Irrigation and Water Resources Minister Duminda Dissanayake says that he is also supportive of holding an investigation into the proposed Gin-Nilwala project that has caused much controversy in the political circles during the past few days.

In response to a question posed on the call by opposition MPs for a probe on the alleged irregularities in the proposed project, Dissanayake told The Morning that he is also supportive of calls for an investigation into the issue.

The opposition MPs called on the Irrigation Minister to respond to the allegations being leveled about the project.

He explained that the Gin-Nilwala project has been marred by controversy since it was initiated during the previous administration and certain payments had been made prior to 2015.

He added that issues related to the initiation of the project has resulted in much confusion and has caused a delay in its commencement as well.

“I have on a previous occasion also called for an investigation into the delay in commencing the project. Therefore, I too will support an inquiry to find the issues related to the project,” Dissanayake said.

October 29, 2019 byTSM Web Desk No Comments
The Supreme Court has extended the interim order preventing the implementation of death penalty until 10 December.

April 29, 2020 byTSM Web Desk No Comments
Health authorities on 2 and 3 May are to evaluate the Covid-19 situation in the country before making a final decision on the lifting of curfew in the Western Province and Puttalam District, according