Minorities want to be heard 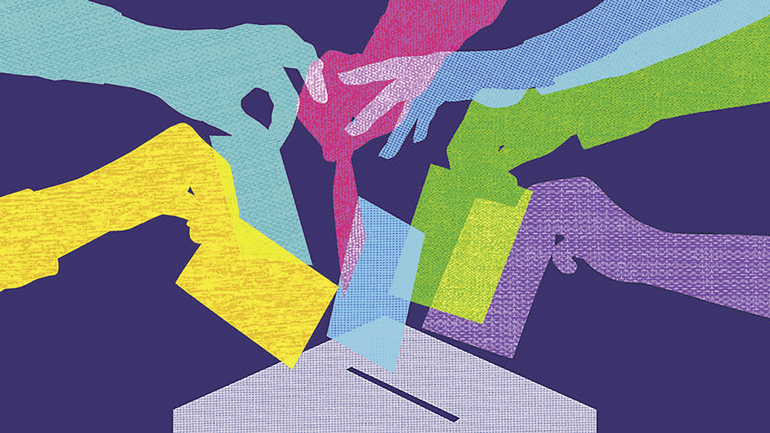 With the growing heat of the upcoming presidential election, much focus has been on the concerns of the minority communities. This is because, as of now, the polls seem to be split four ways between the potential candidates. This week, The Sunday Morning approached members of the minority communities to get their insights on the upcoming presidential election; what they are looking for in a president and their opinion on the proclaimed candidates. Many voiced the need for new, young, and energetic candidates while many discussed that members of the Northern Province would not rule in favour of the ex-military man and prospective candidate proclaimed by the SLPP, Gotabaya Rajapaksa.

We are expecting to elect a strong presidential candidate who can maintain good governance and ensure equal rights for every citizen in Sri Lanka.

As we need to establish harmony and reconciliation among different communities, we must elect a leader who is able to do that. We need a new, young, and energetic candidate who can treat all the people equally.

At the same time, we do not want a person who has worked against the democracy of the country and violated media freedom and innocent people’s civil rights.

We need a president who will make our economy stronger

They need a guarantee that they will be treated equally just like every other Sri Lankan. Sri Lanka needs a president who understands its people. But Sri Lanka also needs to put themselves on the map, and this can be done economically, because we are a country with great potential.

Voters need to evaluate candidates based on their actions

The situation in this country worsens day by day. Our priority at the moment should be to elect leaders who will ensure our safety more than anything else.

First and foremost, we must elect a leader who will establish a government that prioritises fulfilling the basic needs for our countrymen. People still lack the basic needs to survive and most survive on pay below minimum-wage levels.

I feel like we must resolve this issue first and work on getting out of debt. Only after that can we talk about the concerns of different communities. But if addressing their concerns, we must elect a leader who will treat every civilian in this country equally without discrimination; someone who will come forward and abolish laws that divide our country and unite everyone under one law.

Need a leader who will speak on behalf of every community

Sri Lankan politicos have always strived to survive by ruling through fear. This has always been true, regardless of whether it’s the 30-year civil war in the past or the recent Easter Sunday attacks.

As for all the candidates who have come forward now, I don’t feel that there will be any difference between them and their predecessors unless they prove otherwise.

Presidential candidates must prove themselves

From the perspective of the people in the North, I feel they will avoid voting for those who were involved in committing war crimes.

As these people have gone through traumatic experiences in the past, the candidates will have to prove themselves first. The next three months are a critical period.

However, over the last four years, the Government did not rehabilitate the war-affected areas, so we have to see what will happen.

Some people may think that military rule may be beneficial for the country, development-wise, but I feel they will not get many votes from the northern region of the country.

Northerners will only vote for Sajith Premadasa

At the moment, we only have three potential presidential candidates – Sajith Premadasa, Gotabaya Rajapaksa, and Anura Kumara Dissanayake. Fifty per cent of the votes cannot be bagged by anyone now, unlike in the past where there were only two candidates.

In my opinion, Dissanayake may be able to acquire around 10% of the votes, and the rest may be split between the other two candidates – Rajapaksa and Premadasa.

To be frank, here in the Northern Province, people are inclined to vote for Sajith Premadasa over the other two. Premadasa has worked with the people to provide them housing, so the people here respect him.

This is different to what they feel towards Rajapaksa, which is fear – he reminds them of the war – so the chances of Rajapaksa winning in these provinces are quite slim.

Elect a leader who cares

As per my opinion, the minorities’ duty at the presidential election is to eliminate the candidate who doesn’t have their best interest at heart.

Usually, whoever comes to power does not genuinely care about the minority concerns up until another presidential election draws near.

As such, this time, the minorities must ensure they elect a leader who will care about them.

An attempt to hang onto power: M. A. Sumanthiran

November 18, 2018 bythemorninglk No Comments
Despite all the chaos in Parliament last week and the disrespectful manner in which some parliamentarians behaved, Tamil National Alliance