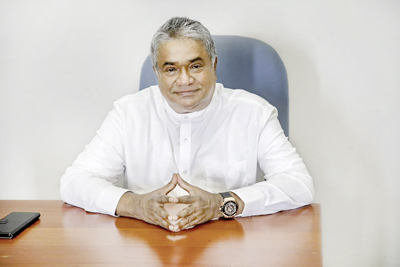 The Sri Lanka Muslim Congress (SLMC) revealed that only the United National Party (UNP) had approached them thus far, to form a political alliance to face the upcoming election.

In addition, SLMC Parliamentarian Faizal Cassim said that he believed the UNP-led Government had done more for the Muslim community than the previous Government of the United People’s Freedom Alliance (UPFA).

What is the stance of the SLMC with regard to the presidential election?

We know thus far that Gotabaya Rajapaksa will be contesting from the Sri Lanka Podujana Peramuna (SLPP) but we still don’t know who the UNP will field. So we are waiting for them to announce their candidate. We are watching that and will take a decision accordingly.

Which parties have approached the SLMC to form or join an alliance?

Only the UNP has approached us. We are working with them but still we have some issues with the constitution of the alliance. Other than that, we are watching to see who they will announce as their candidate.

So the SLPP has not approached you?

Only the UNP has approached us so far.

What demands does the SLMC have in exchange for its support?

We have a lot of issues such as land issues. But the SLMC High Command has not met and made any decisions so far. So once the High Command meets, we will make a decision on our demands and what we are looking for. Once the UNP has announced its candidate, we will be talking to everyone.

What is your opinion on a Gotabaya Rajapaksa candidacy? Would he address the issues faced by the minorities?

We have not spoken to him, so we don’t know. Once they announce the candidate of the UNP, we will have a chat with everybody.

Why haven’t the SLMC and the All Ceylon Makkal Congress (ACMC), both of which represent the Muslim minority, joined forces thus far?

Currently, all the minority parties are closely watching the situation and developments regarding the party candidates. We have told the UNP to announce their candidate as soon as possible.

Then, we will all sit down for discussion. So we are still waiting on the UNP to make their announcement. We expect it will be done soon.

The Janatha Vimukthi Peramuna (JVP)-led coalition and its presidential candidate appear to genuinely care for the minority cause. Does the SLMC agree?

Normally, during any election, either the presidential election or the parliamentary election, we always consider the problems and issues faced by the minorities. We work with them to help resolve their issues. However, we cannot achieve 100% when trying to solve their problems but we try at least to solve 50%.

At every election, parties make various promises and pledge to fulfil our demands but nobody ever accomplishes it. It has been going on like this for awhile. So we will have to carefully assess the policies of the presidential candidate and scrutinise their characters before we decide on whom to back at the upcoming presidential election.

In your opinion, did the UNP-led Government meet the expectations of the Muslim community?

Of course, they are trying to achieve some of our demands. But during the times of both the Sri Lanka Freedom Party (SLFP) Government and the UNP-led Government, the Muslim community was harassed and affected badly. But we did notice that after the Easter bombings on 21 April, the UNP began to fast track the investigative process to rule out any innocent Muslims. There were about 2,500 people arrested and kept in custody after the April attacks, but a majority of them have been cleared and released by authorities. Now there are only 150-200 still in custody.

With regard to compensation, the UNP Government acted speedily. Some of it has already been paid but there is some more to be paid too. The UNP is now busy with their candidate selection but once that has been concluded, I believe the remaining compensation will be paid.

So you think the UNP Government was better than the SLFP-led Government?

Of course I feel that. With my experience dealing with both sides, I have realised that the UNP acted much faster and we are able to discuss issues with the Government and the Prime Minister.

Would SLMC supporters lose faith in the party if the side you pick loses at the upcoming election?

Differences aside, we must be ready for elections: Harin Fernando

February 10, 2020 bythemorninglk No Comments
The United National Party (UNP) has more or less resolved its inter-party issues and is now looking to work together to face the upcoming parliamentary elections, UNP MP Harin Fernando said