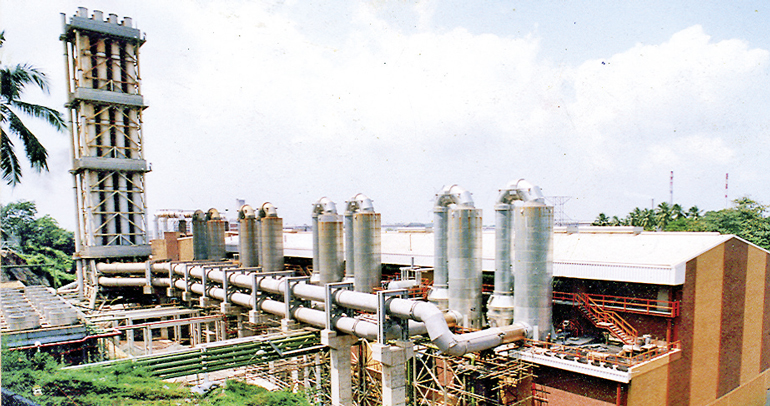 Alleged mismanagement and corruption is hurting the Ceylon Petroleum Corporation (CPC) with little or no action being taken to address it.

Petroleum sector trade unionists have accused the Government of failing to take action against those accused of being involved in corruption at the CPC when the former Government was in power.

They claimed that even though documented proof had been submitted to President Maithripala Sirisena and successive ministers were appointed to the Petroleum Ministry, none of the allegations had been investigated.

Unions alleged that the main concern was over the losses the CPC incurred as a result of the alleged hedging transactions, bringing down low-quality fuel, and installing substandard fuel pipelines.

Speaking to The Sunday Morning, the Jathika Sevaka Sangamaya (JSS) Petroleum Corporation Branch General Secretary Ananda Palitha alleged that the ministers appointed during the last four years had failed to take appropriate action against those accused of serious corruption and mismanagement when the previous administration was in office, as a result of which the CPC had to incur heavy losses.

“Now, the authorities have no time to take any action as only three months are left before a government change and even if they launch investigations now, it will be purely to target the election. If they really wanted to bring the culprits to book, why did they wait so long? Four years is enough for these investigations,” he stressed.

Highlighting the losses incurred by the CPC, Palitha stressed that if the CPC was not loaded with heavy losses, it could have provided fuel for the consumers at a lower rate than at present.

In addition, the CPC is yet to receive payments from a number of state institutions for supplying fuel and fuel subsidies to them.

Accordingly, the Ceylon Electricity Board (CEB) owed Rs. 80 billion; SriLankan Airlines, $ 230 million; WESCO, Rs. 14 billion; private plants, Rs. 5 billion; the Treasury, Rs. 326 billion for the supplying of subsidised fuel; and the CPC incurred a loss of around Rs. 20 billion due to hedging transactions. Furthermore, the CPC is paying Rs. 900 million as bank interest.

The total revenue of the CPC is Rs. 750 billion and it has to pay government taxes amounting to Rs. 150 billion per year.

CPC Trade Unionist Palitha said the reason for the recent oil spill in Uswetakeiyawa was the low-quality pipelines which were brought down by the previous Government.

“What is being used currently is a pipeline of low quality which is not even up to international standards and was brought down by the previous Government,” he reiterated.

Palitha said if internationally recognised Dunlop or Bridgestone-type pipelines were used, this problem would not have occurred.

For the past few years, there had been eight incidents where pipelines burst, and on some occasions, it severely affected the environment, and the CPC had to incur heavy losses as demurrage costs for the ships, Palitha stressed. Out of five pipelines which we have used decades ago, only two are being used by the CPSTL (Ceylon Petroleum Storage Terminals Ltd.) at present, he said.

The JSS General Secretary noted that 90% of the work of laying a new pipeline from Bloemendhal to Kolonnawa which carries refined oil had already been completed and the rest would be completed by the end of this year.

“The pipeline which caused the recent oil spill in Muthurajawela is eight years old and it had only a six-year warranty.

“But we were able to use international standard Dunlop for about 20 years after the warranty period was over,” he stressed.

Kerosene instead of diesel

Highlighting the losses incurred due to the increase of kerosene consumption, Palitha alleged that the usual level of kerosene consumption of the country was at about 300 MT, but now it had increased to around 700 MT, mainly because of buses using kerosene instead of diesel. “This has resulted in heavy losses, but nobody has taken action,” he stressed.

In addition to heavy losses, kerosene emissions could result in a number of health and environmental issues in society, he stressed.

Bunkering is an option

Lamenting that the Government, despite having thousands of options to reduce the losses and even gain profits, had not resumed lucrative bunkering operations, whereas the Lanka Indian Oil Company (LIOC) alone gained a sum of Rs. 1.2 billion in profits solely through bunkering.

The CPC’s bunkering operations which had been stopped in 1989 and in 2007, had resumed only to be abandoned again due to launching issues, he said. Having 40 years of bunkering experience, Palitha said the corporation could resume bunkering within one month.

The unionist stressed that the 50-year-old Sapugaskanda Oil Refinery which had a daily output of 50,000 barrels, producing a mix of diesel, kerosene, gasoline, furnace oil, and naphtha, was currently operating at a very low capacity.

If the refinery works at its maximum capacity, the CPC would not have to incur heavy losses and spend money to bring down refined petroleum products, Palitha said.

The real issue with the delay in refurbishing the country’s only refinery was that the CPC couldn’t obtain loans from any international bank due to the hedging issue, Palitha said, adding that in 2002, the estimated cost for refurbishing the refinery was only $ 18 million, but now, it would cost around $ 69 million.

According to the CPC, Sri Lanka consumes around 3.6 million metric tonnes of petroleum products each year, of which around two million are refined at Sapugaskanda.

But at the moment, it has to import a large quantity of the refined products to meet the country’s requirement due to the low production capacity of the ageing refinery, he added.

However, when The Sunday Morning contacted former Petroleum Minister Chandima Weerakkody, he denied the allegations and said that he was part of the 100-day Government. “Soon after the 2015 election, the Minister was Champika Ranawaka. The highest-ever profit recorded in the history of the CPC was during my tenure, with Rs. 82 billion,” he added.

Former Minister Anura Priyadarshana Yapa said: “When I took over, the CPC had Rs. 82 billion in losses and we were able to reduce it to around Rs. 7.9 billion. When I left in 2014, we managed to have a profit of Rs. 1.7 billion.”

Responding to the allegations levelled by the trade unions, he said: “It is wrong to allege that we haven’t taken any action during the term of the previous Government. This is purely a corporate entity and when we go ahead with commercial contracts and if that was breached, then the option we have is to go for arbitration.

“If there is a criminal offence, it has to be taken over by the Police and as a corporation, we went for arbitration and we got judgments in favour of us in some cases.”

Meanwhile, CPC Chairman G.S. Withanage told The Sunday Morning that the CPC was preparing to take actions to reduce the losses incurred by the Corporation.

August 27, 2019 byTSM Web Desk No Comments
The proceeds of the 'Wecare Concert' organised by the International Chamber of Commerce(ICC) Sri Lanka, handed over to children who were victims of the Easter Sunday Attacks.