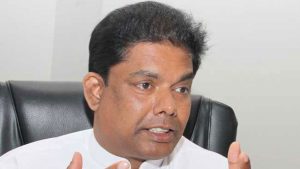 The decision was taken following an opposition parliamentarians meeting held under the Leadership of Ranil Wickremesinghe today.

Karunathilaka served as the Chief Government Whip of the UNP-led Yahapalana government from 2015 to 2018.