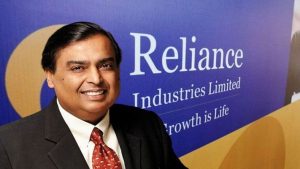 A conglomerate run by Asia’s richest man has started a service that aims to compete with Amazon in India.

Mukesh Ambani’s Reliance Industries said it had been inviting people to sign up to its grocery delivery service.

The company is aiming to use its massive mobile phone customer base as a springboard for the business.

JioMart says it offers “free and express delivery” for a list of grocery goods, which currently numbers some 50,000 items.

Unlike its rivals, JioMart will connect local stores to customers via an app rather than providing and delivering the goods itself.

India’s online grocery market is in its infancy – currently estimated to be worth around $870m a year, with just 0.15% of the population using such services.

However, analysts predict the sector could see annual sales of around $14.5bn by 2023.

October 8, 2018 byEaswaran No Comments
President-elect Ibrahim Mohamed Solih has been invited to make a state visit to China once he is sworn into office on November 17.