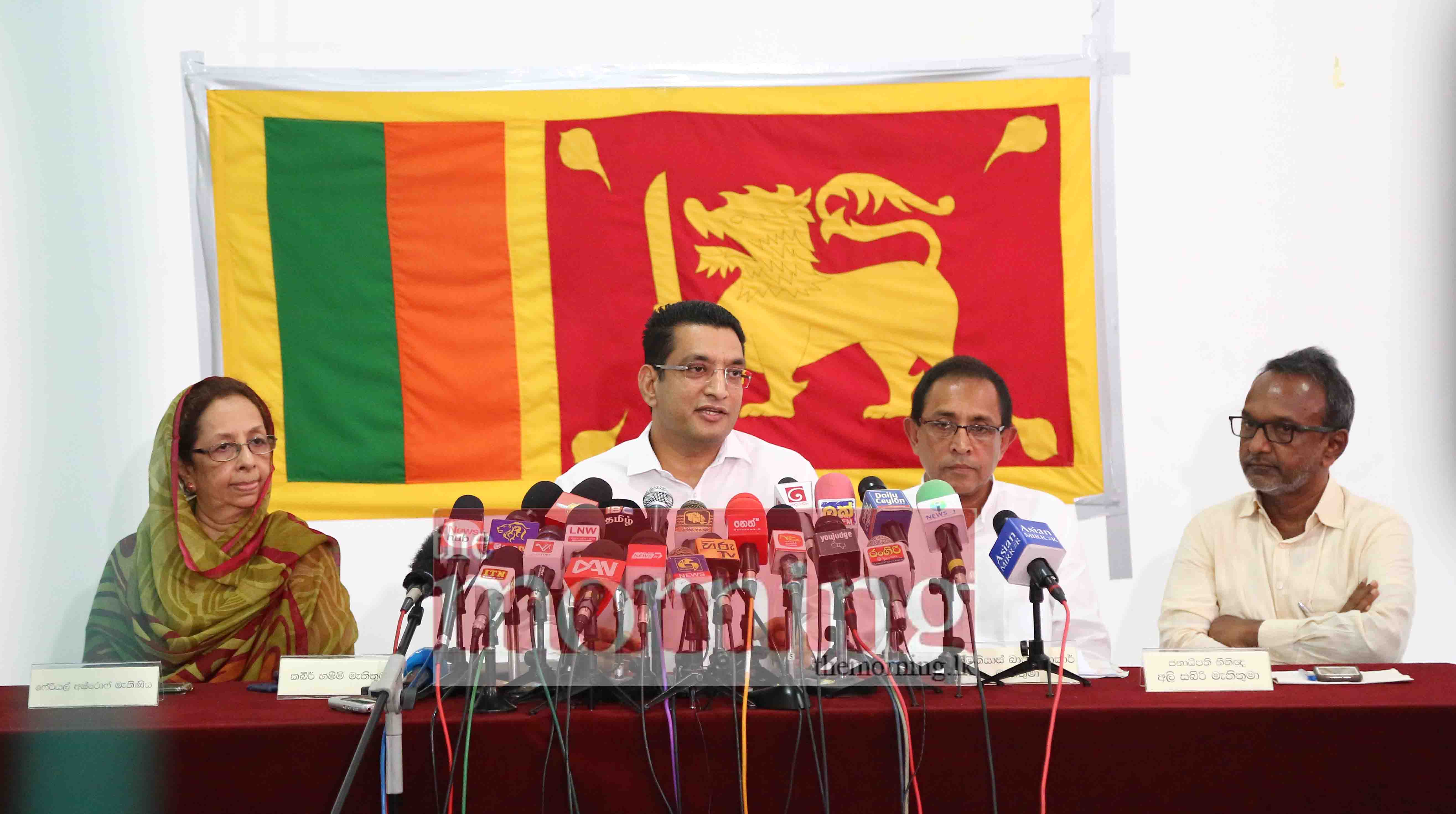 Muslim politicians and civil society today called for self-criticism to address some of the concerns raised over the Muslim community in Sri Lanka.

Minister of Highways and Road Development and Petroleum Resources Development, Kabir Hashim said that the Muslim community in Sri Lanka are prepared to make changes to ensure their lifestyles are in line with how Sri Lankans live.

Speaking at a media conference today, the Minister said that Sri Lankan Muslims are Sri Lankans and they are not prepared to be influenced by a foreign culture.

He also asserted that the Muslim community have not condoned the actions of the terrorists who attacked churches and hotels on April 21st.

Hashim appealed to all Sri Lankans to stay united and not isolate the Muslim community.

August 4, 2019 bythemorninglk No Comments
Sri Lanka Glory' ship stranded in Rumassala, Galle after it washed ashore due to high winds, the company the ship belongs to, Sri Krishna, seeks expert advice on how to remove it.

Showery weather:  Over southwest to continue

June 11, 2020 byTSM Web Desk No Comments
The showery weather conditions over the southwestern part of the island are likely to enhance to some extent during the next few days, the Department of Meteorology said.