October 26, 2020 by Skandha Gunasekara No Comments

The United National Party (UNP) is to decide who will fill the single parliamentary seat this week. 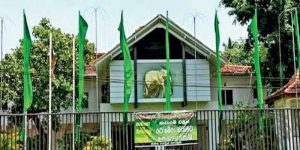 UNP MP Ravi Karunanayake said that the party leadership would meet this week to decide on an individual to represent the UNP in Parliament.


“We will meet this week and this issue will also be addressed. Within the month, we will decide on who will be going to Parliament.”

Meanwhile, the Election Commission (EC) told The Morning that they had no say in who filled the remaining vacant Parliament seats.

“It is up to the relevant political parties to decide on who is to take up the vacant seat in Parliament,” said EC Chairman Mahinda Deshapriya.

Tariffs in electricity bills: Over 800 complaints to PUCSL

June 17, 2020 byTSM Web Desk No Comments
The Public Utilities Commission of Sri Lanka (PUCSL) has recorded over 800 complaints from consumers pertaining to issues regarding electricity bills issued within the past five months.

CBSL to find alternatives to neo-liberalism; to continue engagement with IMF