Negombo and Mirissa to get Marriott and Ritz Carlton hotels 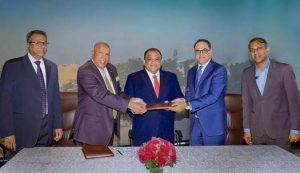 The 500 roomed five star hotel of JW Marriott in Negombo is billed for launch in Q4 of 2021, while the Ritz Carlton with its 228 keys will open its doors in Mirissa in Q3 2022, Vallibel One PLC announced in a press release today (11).

The MOUs for these hotels were signed today by Chairman of Greener Water Limited Dhammika Perera (Fully owned subsidiary of Vallibel One PLC) and Chairman of Summer Season Limited Mohan Pandithage. 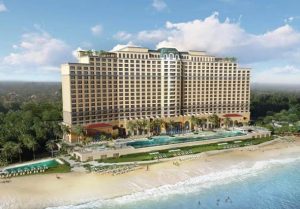 “The signing of these MOUs is a strong affirmation of Dhammika Perera’s commitment to the growth of the country’s leisure and tourism industries, adding fillip to the Sri Lankan economy as whole. His visionary thought process augments Sri Lanka’s expansive offerings in hospitality designed to attract discerning high-end travelers with a penchant for the exotic, while heightening investor confidence in the country’s investment prowess into not only the hospitality genre but the entirety of the investment possibilities in Sri Lanka,” the press release stated.

JW Marriott and Ritz Carlton are two of the most prestigious luxury hotel brands in the world and operates a combined total of over 6,500 hotels worldwide.

For whom the bell tolls

October 15, 2018 bythemorninglk No Comments
A deep dive at the workings of the Colombo Stock Market – the barometer of Sri Lanka’s economic outlook.