New Constitution first draft to be submitted to CA 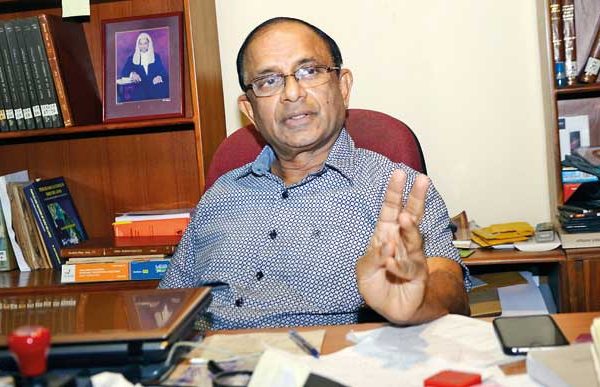 Government Parliamentarian and a key proponent of a new Constitution Dr. Jayampathy Wickramaratne, PC said that the first draft of the new constitution would be submitted to the Constitutional Assembly (CA) within next two weeks.

A member of the Steering Committee spearheading the project, UNP National List MP Dr. Wickramaratne said the steering committee would meet on 21 September to discuss the developments of the constitution.

Claiming that there was no agreement between the two main political parties on abolishing executive presidency, he said the delay for the new constitution was because of that.

However, the JVP presented the 20th Amendment to the Constitution to the Parliament under the provisions of a Private Member’s Bill.

The primary objective of the 20th Amendment is to abolish the Office of an Executive President being elected by the People as stated in Article 4(b) of the 1978 Constitution. It is reported that several petitions have already being filed in the Supreme Court.

The draft prepared by a committee headed by Prime Minister Ranil Wickremesinghe needs to be approved by CA formed by a Parliament resolution in 2015.

According to Dr. Wickramarathna the legal draft also called zero draft and it was based on recommendations of report of six sub committees which submitted their reports last year.

The new constitution making process was a key promise of new government elected in 2015 under President but it has been delayed as it was supposed to be completed by 2016.