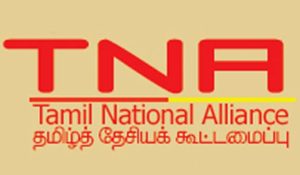 A new Tamil alliance is being mooted in the Eastern Province to counter the Tamil National Alliance (TNA), sources told The Sunday Morning.

Pillayan, who supported Mahinda Rajapaksa when he was President, is currently in remand prison over the murder of former TNA MP Joseph Pararajasingham.

Maulana said the new alliance among Tamil parties is being mooted to counter the TNA which has a large vote base in the North and East.

He said the TMVP, which is based in the East, is considering the offer to join the proposed alliance but is yet to take a final decision.

“The talks are still at the initial stage. There is a lot we need to consider before we decide,” he said.

Maulana said the TMVP performed exceptionally well at the last local government elections and so has a strong vote base in the East.

He said that for the TMVP to join the new alliance there needs to be an agreement on the policies the TMVP follows.

Both Perumal and Devananda are supporting former Defence Secretary Gotabaya Rajapaksa at the next presidential elections.