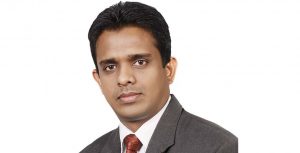 To find out more about this procedure, we spoke to Consultant Plastic and Reconstructive Surgeon at the Army Hospital Colombo, Dr. Kavinda Rajapakse MBBS, MD (Surgery), MRCS (UK).


What is carpal tunnel syndrome?

Carpal tunnel syndrome (CTS) occurs when the median nerve, which runs from the forearm into the palm of the hand, becomes pressed or squeezed at the wrist.

The carpal tunnel is a narrow, rigid passageway of ligaments and bones at the base of the hand. It houses the median nerve and the tendons that help bend your fingers.

The median nerve provides feeling to the palmer side of the thumb and to the index finger, middle finger, and part of the ring finger (although not the little finger). It also controls some small muscles at the base of the thumb.

Sometimes, thickening from the lining of irritated tendons or other swelling narrows the tunnel and causes the median nerve to be compressed. The result may be numbness, weakness, or sometimes pain in the hand and wrist, occasionally also in the forearm and arm. CTS is the most common and widely known of the entrapment neuropathies, in which one of the body’s peripheral nerves is pressed upon.


How do you know if you have CTS?

Tingling or numbness. You may experience tingling and numbness in your fingers or hand. Usually, the thumb, index, middle, or ring fingers are affected, but not your little finger. Sometimes, there is a sensation like an electric shock in these fingers. 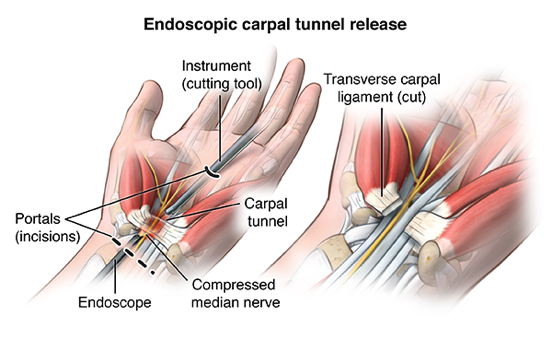 Many people “shake out” their hands to try to relieve their symptoms. The numb feeling may become constant over time.


When to seek medical help

You should see a doctor if you have persistent signs and symptoms suggestive of carpal tunnel syndrome that interfere with your normal activities and sleep patterns. Permanent nerve and muscle damage can occur without treatment.

Your doctor will diagnose the condition based on clinical signs and symptoms and may use a nerve conduction study (NCS) and electromyography (EMG) to confirm their clinical findings. These tests are widely available islandwide.


How is it treated?

There are many non-surgical measures that can help relieve symptoms but these are temporary measures. The definitive treatment is surgery.

Wrist splinting. A splint that holds your wrist still while you sleep can help relieve night-time symptoms of tingling and numbness. Night-time splinting may be a good option if you’re pregnant.


What is the surgical treatment for CTS?

This is known as carpal tunnel release. The goal of carpal tunnel surgery is to release the median nerve from compression by cutting the transverse carpal ligament (TCL). 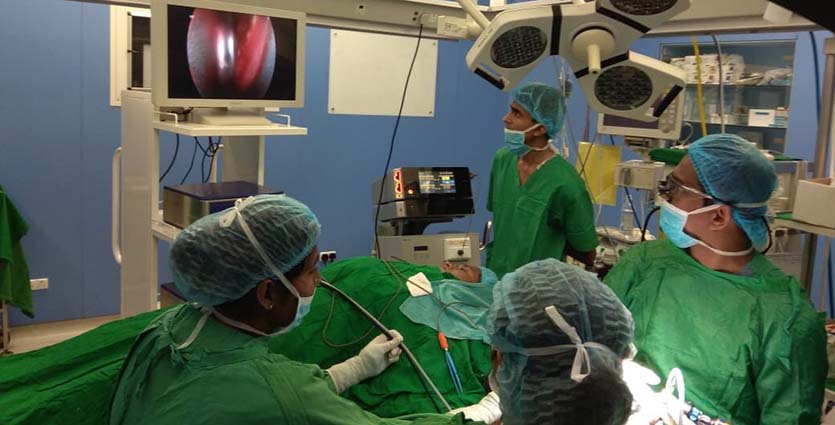 Conventionally, this is done by an incision made at the wrist, under local anaesthesia, where the surgical site is kept bloodless by the use of a tourniquet (bloodless field).

This technique is widely practised by surgeons of several specialties as well as surgical trainees and senior house officers.


What is endoscopic CTR?

This is a novel approach to carpal tunnel release surgery that has been introduced to Sri Lanka last month, where the entire surgery is done as an endoscopic technique.

This has revolutionised the immediate patient outcome.

Endoscopic carpal tunnel release is also done under local anaesthesia using a tourniquet, as a day surgery. It involves only two small (3 mm) stab incisions – one in the distal forearm and the other in the mid-palm with no involvement of the grip area, in contrast to the conventional open technique. This has significantly reduced the post-operative surgical site tenderness and pain, which is sometimes debilitating, leading to delays in return to normal function.

Are there any other advantages of endoscopic carpal tunnel release other than the reduction in post-operative pain?

The endoscopic technique only cuts the tight transverse carpal ligament that causes compression of the median nerve, whereas the open technique involves the cutting of skin, palmar aponeurosis, soft tissue, thenar muscles, and finally the transverse carpal ligament. Thus, it is evident that there is less collateral damage in the endoscopic technique, which allows the carpal (wrist) bones to remain stable, preventing “pillar pain” – a dreadful complication that can only occur in the open technique.

Further, there is no risk of wound dehiscence (separation/opening up of the wound), infection, scar tenderness, and tissue swelling or oedema. Hence, the recovery is much better and faster.


What are the challenges in introducing this technique?

The procedure requires specialised training as for any other endoscopic surgical procedure.

At present, the facilities are only available at the Army Hospital, Colombo.

Open CTR has been an established technique for many years in the world, and in our setup, it is one of the procedures performed by many junior doctors in surgical units (SHOs).

There is a view among these doctors that carpal tunnel release is a procedure that can performed very easily and quickly with a tiny incision. This has led to performing incomplete releases, resulting in the worsening of symptoms. Although these patients are then categorised in to “recurrent carpal tunnel syndrome”, it is, in fact, always due to the incomplete division of the transverse carpal ligament (TCL).

Unfortunately, these patients then end up at specialised centres and the doctor does not get any feedback regarding the failure of his procedure. This simple procedure in expert hands can easily be made into a lifelong disability in some patients, leading to an entity called complex regional pain syndrome (CRPS).

Hence, Dr. Rajapakse believes this procedure is the new frontier in carpel tunnel surgery and should be available to all the patients suffering from this condition so they themselves can make an informed decision whether to go for the conventional open method or the newer endoscopic method.

January 8, 2021 byRusiru Keppetipola No Comments
Sri Lanka’s relationship with elephants is nuanced, to say the least. They are at once revered in our culture and are a symbol for what Sri Lanka has to offer on the global stage, but they are also.

October 4, 2020 byJennifer Anandanayagam No Comments
Sothys Detox Energie™ Intensive Treatment is a new treatment developed by Sothys Paris in order to combat pollution which has become one of the most common factors that negatively impacts our skin.