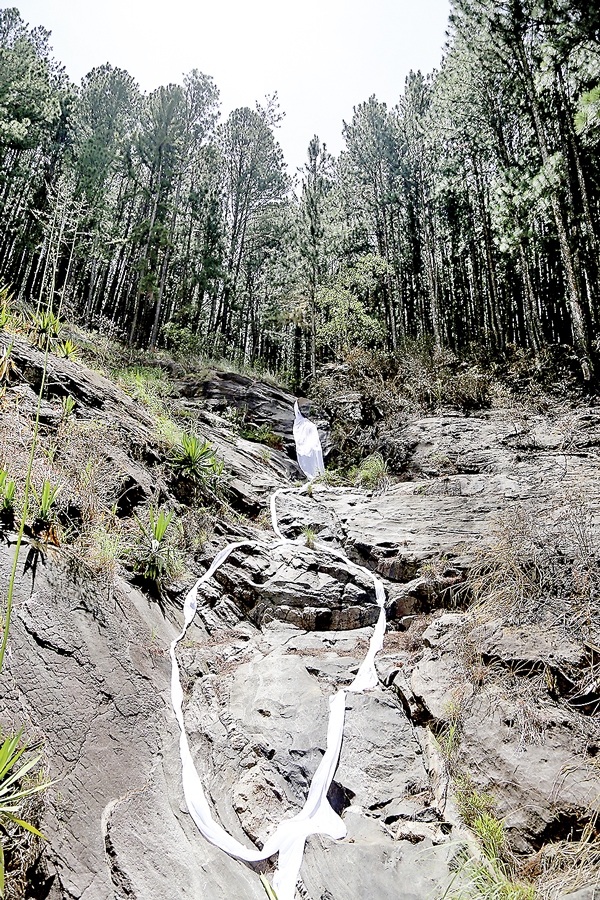 Whether pine plantations should be extracted from the mountainous areas or not has been a decade-old debate between different environmentalists.

The plant, which was introduced by colonisers, is not endemic to Sri Lanka. Environmentalists claim that these foreign plantations cause more harm to mother earth than good.

In a step to provide solace in this burning issue, the Department of Forest Conservation has taken a new initiative to introduce a management plan for pine plantations in the country.

Speaking to The Sunday Morning Brunch, Conservator General W.A.C. Weragoda stated that the management plan would lead to a revision of the current status of pine trees in various parts of the country and the adaption of a suitable methodology by assessing its merits and benefits.

Resin is a solid or highly viscous substance of plant or synthetic origin typically convertible into polymers. Resins are usually mixtures of organic compounds. Resin is usually used to make a gum-like substance and if distilled, can be used to develop turpentine.

Weragoda further stated that some plantations will be used for industrial purposes such as wood. He stated that pine plantations which cause harm to the environment will be removed and replaced with other endemic plants such as Dipterocarpus zeylanicus, which is commonly known as “hora”.

Hora is a tree endemic to Sri Lanka which grows up to about 40-50 m tall.

Down To Earth, a fortnightly magazine, notes: “Pine forests are the most devastating agent depleting underground water. Recent studies carried out by the Geography Department of Kumaun University in Almora show that the groundwater recharge rate in oak forests is 23%, compared to a measly 8% in pine forests. Needless to say, in agricultural lands and urban areas, the recharge rate is far less.”

Weragoda stated that the Department is currently struggling with finding funds for this newly initiated project. “We have funding for around 350 hectares at the moment, and we have received word that a Chinese company is willing to work with us. However, this has not been finalised yet,” he said.

He further pointed out the important role this foreign species plays in holding together the vast mountain terrain Sri Lanka currently possess.

“The pine tree has strong roots which can hold together the soil in mountainous areas and prevent landslides,” he said.

Speaking on the matter, Ranwella stated: “For example, if we remove the pine that has been planted in mountainous areas in Sri Lanka, the area will be left vulnerable to rain and other natural disasters. In these instances, landslides can be expected. Further, they must pay attention to the process of removing the pine trees itself, paying attention to which trees are in a condition to be removed and which are not.”

Research carried out by the University of Florida on gardening solutions states: “A pine tree that has all brown needles is a dead tree and should be removed. A pine that dies slowly after being damaged in a storm may keep yellow-green needles for a year or more and then suddenly turn yellow and quickly progress to brown. The causes of yellowing needles are not completely understood, but it is likely due to the hidden damage inside the pine produced by its bending and twisting during hurricane force winds. Prolonged winds may also rupture smaller roots without breaking the larger support roots. The injured stems and roots are unable to supply the water and nutrients needed in the crown, resulting in yellow needles and pine decline.”

Weragoda further reiterated that this plant which stands tall at around 15-45 m allegedly grows even in the most polluted soil. However, he pointed out that these plantations are infamous for various fires which destroy the soil and also pose a threat to biodiversity in the surrounding area.

Ranwella also informed us that there are certain practices carried out by global environmental authorities when undertaking these tasks. “They must first choose the slot and carry out scientific assessments where they can assess the positive and negative impacts on the environment through the project,” he said.

In most instances, Ranwella stated that as soon as they remove the plantations, they grow trees and plants that are endemic to that area, which are grown without hassle in the specific environmental conditions.

“There are some occasions where they even grow the substitutive plants under the canopy of the pine trees and then proceed to remove the pine trees,” he said.

Without conducting these assessments, it’s ill-advised to initiate these projects as it will harm the ecosystem in the area.

Another issue we see is that in some instances, pine trees grow as forest corridors in some forests. Even though they’re not endemic, most forests are demarcated and pine trees provide a border for these forests,” he said.

A forest corridor or a green corridor is an area of habitat connecting wildlife populations separated by human activities or structures (such as roads, development, or logging). This allows an exchange of individuals between populations, which may help prevent the negative effects of inbreeding and reduced genetic diversity that often occurs within isolated populations.

“If we suddenly remove the pine plantations, it can cause a threat to the entire forest corridor and this might cause a change in the entire biodiversity and the behaviour of the ecosystem. So, sustainable measures should also be adapted.

“We must conduct investigations and assessments before we move on to commence these projects. It’s a good thing to remove the trees, but it should be done in a sustainable way,” Ranwella further stated. 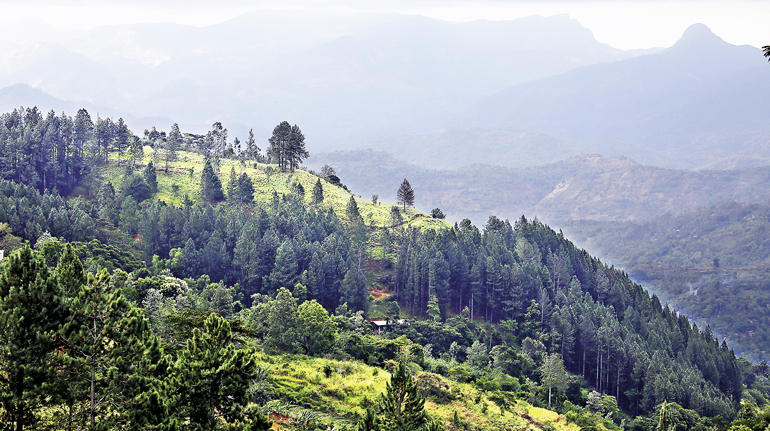 February 8, 2019 byJennifer No Comments
The Colombo City Centre is now the site of a brand new “W” Showroom, brought by D. Samson & Sons (Pvt.) Ltd a member of the DSI Samson Group.