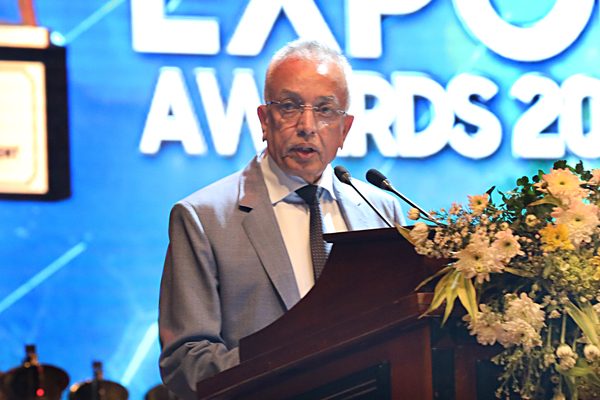 A recent article in The New York Times laid out in extensive detail how the acquisition of the Hambantota port unfolded, as well as highlighting concerns that China’s intentions went beyond mere economics.

However Minister for International Trade Malik Samarawickrama told DW in Berlin that the accusations in the article were “baseless and unfair” and said that the new government had developed a new plan to make the port viable.

“Earlier there was no plan,” Samarawickrama said. “They [the previous government] built it and were just waiting for things to happen. But now we have set up a business plan and we are sure that in four or five years’ time, we can achieve it. We want to develop that port. We believe that Hambantota is in the right place.”

According to Samarawickrama, not just in his political role but also as a Sri Lankan citizen, he has no concerns about China’s wider role in his country at present.

“I don’t think that that we need to worry too much,” he told DW. “Our relations with China are based on purely commercial viabilities and we believe that will continue to be the case and that we will not have any political pressure as such.”

He says his government’s focus has been on economic matters, and on those, they remain optimistic.

“I think we are ready, the economy has stabilized and now we are looking at bringing in investment and increasing our exports.

“We believe that is the only way to go forward — to move from a debt-filled, inward-looking economy to a private sector-led, auto-oriented economy. We have laid the foundations. The results won’t be seen in the next couple of months but the foundations have been laid so in the next five or six years, we will get the result that we need.”

July 19, 2020 byTSM Web Desk No Comments
A final decision on the Ratnapura District candidate reported to be contesting from two political parties for the upcoming parliamentary election is still pending, as the matter had already been forwa

September 17, 2019 byTSM Web Desk No Comments
Prime Minister Ranil Wickramasinghe said the China US trade war and a no –deal brexit will have a significant unavoidable impact on the Sri Lanka’s economy.