New Zealand to level up against SL 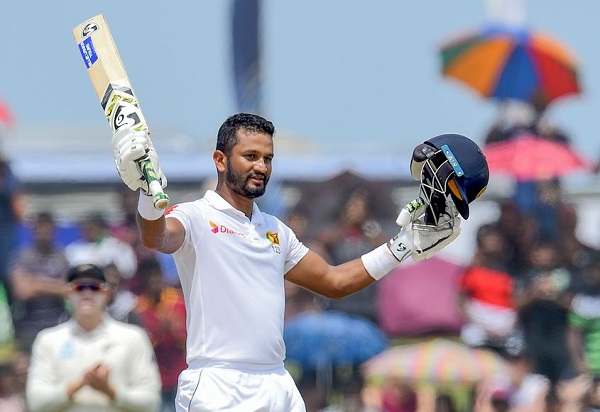 There are 60 points up for grabs in the World Test Championship match and after succumbing to a six-wicket loss in the first Test at Galle, New Zealand will be looking to show more fight and upset the hosts in Colombo.

New Zealand have been in this situation before. Back in 2012, when they toured Sri Lanka, they lost the first Test at Galle by 10 wickets. With the series on the line, they fought back in the second Test to put up an all-round performance and secure a 167-run victory to level the series. Both Ross Taylor and Kane Williamson scored hundreds in the first innings and the pair of Tim Southee and Trent Boult claimed 15 wickets in the match. The visitors can also take solace from the fact that Sri Lanka have won only two out of the last seven Tests played at the P Sara Oval.

Remember the last time
The first Test in this series was a complete Lankan affair. The hosts bowled well in both innings to restrict New Zealand below 300. While BJ Watling’s fighting 77 in the second innings helped the Black Caps push their lead, a brilliant 122 from Sri Lanka skipper Dimuth Karunaratne and his 161-run opening stand with Lahiru Thirimanne helped the hosts register the highest successful run chase at Galle and the fourth-highest successful fourth-innings chase since 2016. Spinner Akila Dananjaya, who took a five-for in the first innings, has been reported for a suspect bowling action, along with New Zealand captain Kane Williamson, but both are allowed to continue bowling until official testing.

Ross Taylor, New Zealand batsman: “It’s a new game and I’m sure we’ve been in this situation many a time – been 1-0 down – and we’ve come back and played strong. That’s all we can ask for. Come back and show that fighting spirit that this team is renowned for.”

Dimuth Karunaratne, Sri Lanka captain: “I had gone through quite a few games without a hundred, and I was telling the team that as well, that I haven’t scored a hundred in a while, and that I’ve got to somehow do it in this game. I had that hunger. I try to go for those big scores as much as I can. When I get the opportunity, I really push for that.”

Conditions
There is a threat of a thunderstorm throughout the Test, with chances of rain as high as 78% on the opening day. Teams batting second at the P Sara Oval have won seven out of the last 10 Tests played here.ICC

December 26, 2018 byRevatha No Comments
Of the 14 wickets to fall under cloudy skies, on a green-top in Christchurch, Suranga Lakmal claimed five, and provided his team a meagre edge in what promises to be another absorbing Test.