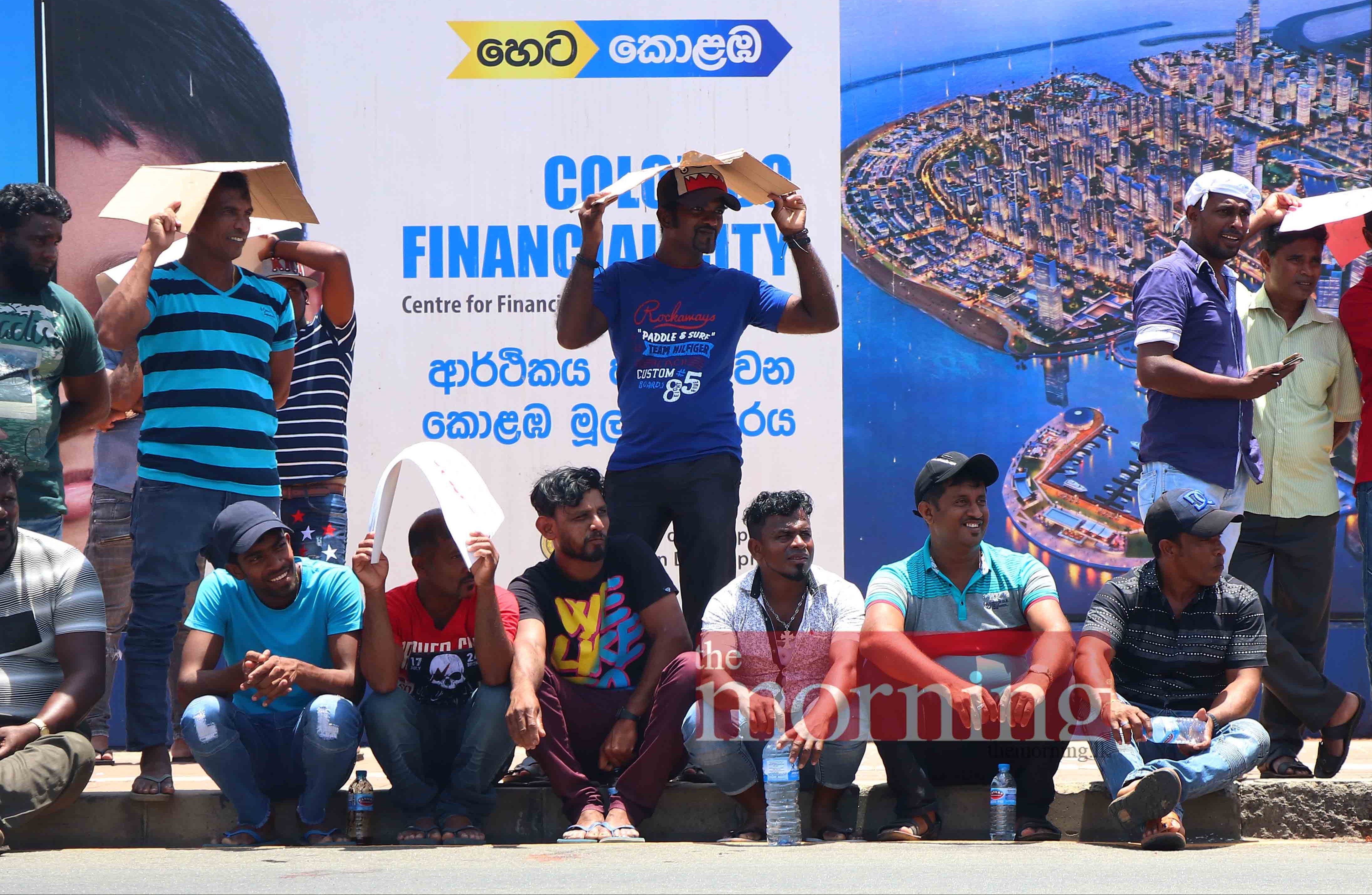 No approval to offer relief to fishermen

Approval has not been given to offer relief to fishermen who are demanding a reduction in the price of fuel to operate their boats.

State Minister of Fisheries and Aquatic Resources Development Dilip Wedaarachchi told The Morning that he had requested the Finance Ministry to reduce the price of fuel for fishermen.

However, he said that approval had not yet been received and so his hands were tied.

Several fishermen took to the streets in Colombo today and staged a protest demanding a reduction of the price of fuel.
The fishermen blocked the street along Galle Road during the protest, resulting in a temporary closure of the road at Galle Face. The Police closed the road near the Presidential Secretariat, preventing the fishermen from heading towards the Presidential Secretariat.
Pics by  Saman Abesiriwardana
Tweet
Share
Pin
Share1
1 Shares

Wildlife Department to crack the whip on illegal hunting

August 27, 2018 byEaswaran No Comments
The Department of Wildlife Conservation (DWC) said that stern legal action would be taken against those who engaged in illegal hunting activities inside the national parks.